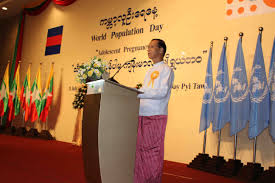 But the old myth of Islam as a chronically violent faith persists, and surfaces at the most inappropriate moments. As one of the received ideas of the west, it seems well-nigh impossible to eradicate.”

Existing peacefully with non-Islamic beliefs is an essential Islamic principle that is clearly stated in many Qur’anic verses, and that has been practiced by Muslims throughout their history.

Its requirement is demanded by the nature of this religion and is based on the following facts and doctrines:

a. Islam is God’s final message to his servants and is conveyed to them by His final Prophet, a man who is thus described by Him as being a mercy to the entire world. It is inconceivable for a religion of this nature to order those who accept it to wage war on the rest of the world with the purpose of compelling them to accept it, or wipe them out.

b. God himself tells His Prophet that the majority of people – at least at his time – will not accept Islam. How can He tell him at the same time to force them to accept it? (Yusuf 12:113)

c. The Prophet tells us that all Muslims will die just before the end of the world; only non-Muslims shall witness the final day.

d. God tells us that no one except Him has control over people’s hearts and minds. Prophets are told that they cannot guide people in the sense of instilling truth in their hearts; only God can guide in this sense. The role of Prophets and other preachers is only to guide in the sense of showing the right path.

e. And if Prophets do not have the power to instill good in people’s hearts, the devil does not have the power to instill evil in them either. He can only tempt and deceive. But God ensures us that even this will not be effective unless people choose to listen to him; God comes to the help of those who seek his help and protection and guides to the truth every one who genuinely seeks it.

“As to my servants, you (the Devil) have no power over them, except the deviant who choose to follow you.” (Al-Hijr 15:42)

“And Satan says … … I had no power over you except that I called to you and you obeyed me. So blame me not, but blame yourselves.” (Ibrahim 14:22)

f. It is because faith is thus primarily a matter of the heart, it is necessarily a willful act; it is something that one has to choose to acknowledge, and to voluntarily act on. No one can be forced to be a Muslim in this basic sense

It is not because it is in the interest of every individual to have the faith or belief of their choice, as some liberals might think. This cannot be so because some beliefs are based on falsehoods and cannot therefore be of any good to the individuals who adhere to them or to the society in which they spread.

Islam does not tolerate non-Islamic beliefs because it condones them; it definitely does not. It does so because it discriminates between beliefs and believers. Thus while it tolerates the latter and calls for treating them nicely, it does not waver in condemning the former and criticizing them severely.

Look for example at what it says about the Christian belief in the divinity of Jesus, and the way it treats Christians. It tells Christians that if God is the creator of every thing then Jesus must be one of His creations. But a creator of someone cannot be his father; a father begets his child; he does not create it. It also says, how can God be a father seeing that He has no wife, that Jesus never claimed to be God’s son, and so on.

As to the Christians it calls them, alongside Jews, people of the book, and thus accords them a special place among non-Islamic believers. Muslims are allowed to marry their women, to eat the animals they slaughter, to allow them to worship the way they choose, to allow them to serve the country they live in as citizens, and so on.

The purpose of tolerating non-Muslims and of living peacefully with them, and of treating them nicely, is to present the truth to them in the best of ways so that it becomes easy for them to see and accept it.

It is because of this that the emphasis in Islam is always on inviting people to the truth, on the importance of this, on the best ways of making it, on the fact that it is the primary duty of Prophets and those who follow in their footsteps, and so on:

Thus the Prophet is told that his primary task is only to convey the message, that he is only a reminder, that he cannot guide whom he loves, that he cannot force people to accept the faith and that he must invite people to the way of God with wisdom and good admonition. Muslims are told not to argue with people of the book except in the best of ways, excepting those who commit acts of aggression.

“But if they are averse, We have not sent you as a warder over them; Yours is only to convey (the Message)” (Al-Shura 42:48)

Islam: a History of Tolerance 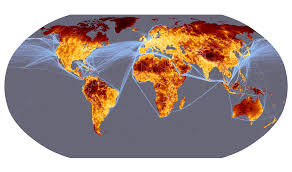 The Islamic teachings of which we have just given a brief account did not remain only at the idealistic level, but were translated by Muslims into empirical realities that many non-Muslims acknowledged and were very much impressed by. Here are some examples of some of their recent and modern testimonies.

When the present Pope made that famous speech at a German university in which he quoted approvingly Emperor Manuel II claim that Muhammad ordered Muslims to spread Islam by the sword, some of the best replies to him came from non-Muslims.

Uri Avnery who describes himself as being a Jewish atheist said:

Jesus said: “You will recognize them by their fruits.” The treatment of other religions by Islam must be judged by a simple test: How did the Muslim rulers behave for more than a thousand years, when they had the power to “spread the faith by the sword”?

Well, they just did not.

He goes on to tell the Pope that Muslims ruled Greece for many centuries, but never forced any Greek to convert to Islam. In the same way were the Bulgarians, Serbs, Romanians, Hungarians and other European nations treated. He also tells him that when in 1099, the Crusaders conquered Jerusalem and massacred its Muslim and Jewish inhabitants indiscriminately, 400 years into the occupation of Palestine by the Muslims, Christians were still the majority in the country. Throughout this long period, no effort was made to impose Islam on them. There is no evidence whatsoever of any attempt to impose Islam on the Jews. As is well known, under Muslim rule the Jews of Spain enjoyed a bloom the like of which the Jews did not enjoy anywhere else until almost our time. Every honest Jew who knows the history of his people cannot but feel a deep sense of gratitude to Islam, which has protected the Jews for fifty generations, while the Christian world persecuted the Jews and tried many times “by the sword” to get them to abandon their faith.

The story about “spreading the faith by the sword” is an evil legend, one of the myths that grew up in Europe during the great wars against the Muslims

With disturbing regularity, this medieval conviction surfaces every time there is trouble in the Middle East. Yet until the 20th century, Islam was a far more tolerant and peaceful faith than Christianity. The Qur’an strictly forbids any coercion in religion and regards all rightly guided religion as coming from God; and despite the western belief to the contrary, Muslims did not impose their faith by the sword

But the old myth of Islam as a chronically violent faith persists, and surfaces at the most inappropriate moments. As one of the received ideas of the west, it seems well-nigh impossible to eradicate.”

The fact that Islam spread in a peaceful way was recognized and emphatically emphasized a long time age by the Christian Sir Thomas in his famous book, The Preaching of Islam:

…of any organized attempt to force the acceptance of Islam on the non-Muslim population, or of any systematic persecution intended to stamp out the Christian religion, we hear nothing. Had the caliphs chosen to adopt either course of action, they might have swept away Christianity as easily as Ferdinand and Isabella drove Islam out of Spain, or Louis XIV made Protestantism penal in France, or the Jews were kept out of England for 350 years. The Eastern Churches in Asia were entirely cut off from communion with the rest of Christendom throughout which no one would have been found to lift a finger on their behalf, as heretical communions. So that the very survival of these Churches to the present day is a strong proof of the generally tolerant attitude of Mohammedan [sic] governments towards them”.