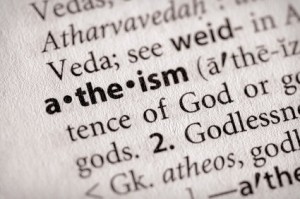 Humankind should bow down to God in willing submission.

“Life’s greatest tragedy is to lose God and not to miss him.”

Atheists might assert that they don’t acknowledge the existence of God, but the view of some Christians and all Muslims is that at some level even the confirmed Atheist affirms God’s presence. The innate but neglected awareness of God typically surfaces in Atheist consciousness only in times of severe stress, as exemplified by the World War II quote “There are no Atheists in a fox-hole.”(1)

Undeniably there are times – whether during the agonizing days of a lingering illness, the seemingly eternal moments of a violent and humiliating mugging, or the split second of anticipating the impact of an imminent car crash – when all mankind recognize the reality of human fragility and the lack of human control over destiny. Who does a person beseech for help in such circumstances other than The Creator? Such moments of desperation should remind every person, from the religious scholar to the professed Atheist, of the dependence of mankind upon a reality far greater than our own meager human selves. A reality far greater in knowledge, power, will, majesty and glory.

In such moments of distress, when all human efforts have failed and no element of material existence can be foreseen to provide comfort or rescue, Whom else will a person instinctively call upon? In such moments of trial, how many stress-induced appeals are made to God, complete with promises of lifelong fidelity? Yet, how few are kept?

No doubt, the day of greatest affliction will be the Day of Judgment, and a person would be unfortunate to be in the position of acknowledging the existence of God for the first time on that day. The English poet, Elizabeth Barrett Browning, spoke of the irony of the distressed human appeal in The Cry of the Human:

“And lips say “God be pitiful,”

The thoughtful Atheist, full of skepticism but fearful of the possibility of the existence of God and a Day of Judgment, may wish to consider the ‘prayer of the skeptic,’ as follows:

“O Lord–if there is a Lord,

In the face of skepticism blocking belief, how can a person go wrong with the above prayer? Should Atheists remain upon disbelief, they will be no worse off than before; should belief follow a sincere appeal, Thomas Jefferson had the following to say:

“If you find reason to believe there is a God, a consciousness that you are acting under His eye, and that He approves you, will be a vast additional incitement; if that there be a future state, the hope of a happy existence in that increases the appetite to deserve it…”(3)

The suggestion can be made that if an individual doesn’t see the evidence of God in the magnificence of His creation, they would be well advised to take another look. As Francis Bacon is noted to have commented, “I had rather believe all the fables in the legend, and the Talmud, and the alcoran (i.e. the Qur’an), than that this universal frame is without a mind.”(4) He went on to comment, “God never wrought miracle to convince atheism, because his ordinary works convince it.”(5)

Worthy of contemplation is the fact that even the lowest elements of God’s creation, though perhaps ordinary works in His terms, are miracles in ours. Take the example of as tiny an animal as a spider. Does anybody really believe that such an extraordinarily intricate creature evolved from primordial soup? Just one of these little miracles can produce up to seven different kinds of silk, some as thin as the wavelength of visible light, but stronger than steel. Silks range from the elastic, sticky strands for entrapment to the non-adhesive drag-lines and frame threads, to the silk for wrapping prey, making the egg sac, etc. The spider can, on demand, not only manufacture its personal choice of the seven silks, but reabsorb, breakdown and remanufacture–self-recycling from the component elements. And this is only one small facet of the miracle of the spider.

And yet, mankind elevates itself to the heights of arrogance. A moment’s reflection should incline human hearts to humility. Look at a building and a person thinks of the architect, at a sculpture and a person instantly comprehends an artist. But examine the elegant intricacies of creation, from the complexity and balance of nuclear particle physics to the uncharted vastness of space, and a person conceives of…nothing? Surrounded by a world of synchronous complexities, we as mankind cannot even assemble the wing of a gnat. And yet the entire World and all the Universe exists in a state of perfect orchestration as a product of random accidents which molded cosmic chaos into balanced perfection? Some vote chance, others, creation.

Most Atheist arguments challenge the compatibility of an all-loving God with the perceived injustices of life. The religious identify such challenges 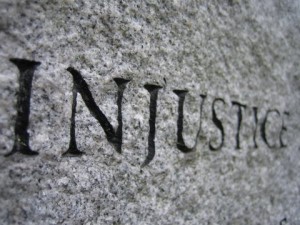 as reflecting an arrogance of intellect — being the assumption that we as mankind, an element of creation ourselves, know better than God how His creation should be ordered — coupled with the failure to appreciate a larger design.

The fact that many of mankind fail to make sense of certain aspects of this life should not dissuade from belief in God. The duty of man is not to question or deny the attributes or presence of God, and not to incline to arrogance through professing to be able to do a better job, but rather to accept human station in this life and do the best that can be done with what we’ve been given.

By analogy, the fact that a person does not like the way the boss does things at work, and fails to understand the decisions he makes, does not negate his existence. Rather, each person’s duty is to fulfill a job description in order to be paid and promoted.

Similarly, failure to grasp or approve of the way God orders creation does not negate His existence. Rather, humankind should recognize with humility that, unlike the workplace boss, who may be wrong, God by definition is of absolute perfection, always right and never wrong.

Humankind should bow down to Him in willing submission and in recognition that failure to understand His design on our part does not reflect error on His part. Rather, He is The Lord and Master of Creation and we are not, He knows all and we do not, He orders all affairs according to His perfect attributes, and we simply remain His subjects, along for the ride of our lives.