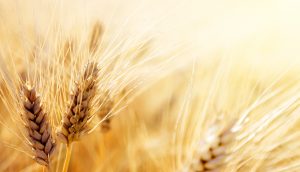 `Umar ibn Al-Khattab (may Allah be pleased with him) narrated that Prophet Muhammad (peace and blessings be upon him) said, “The reward of deeds depends upon intentions, and every person will get his reward according to what he has intended. So, [for] whoever emigrated for Allah and His Messenger, his emigration was for Allah and His Messenger. And [as for] whoever emigrated for worldly benefits or for a woman to marry, his emigration was for what he had emigrated for” (Al-Bukhari and Muslim).

I have read the above hadith several times before, and each time I read it, many things come across my mind concerning my own intention when I carry out several duties — be they related to my profession or my social or academic life. However, in the last time I was reading this hadith, Prophet Yusuf (Joseph —peace be upon him) and Prophet Muhammad’s Companion Khalid ibn Al-Waleed (may Allah be pleased with him) were present in both my heart and mind. I remembered them, along with two deeds they had performed. I tried to understand these two deeds in light of this hadith.

Before addressing these two deeds, which stirred something in my bosom, let’s first take a look at the general meaning of the hadith, as well as the connotations and interpretations of the majority of Muslim scholars regarding it.

Interpretation of the Hadith

Based on this hadith, Muslim scholars are of the unanimous opinion that the real basis of a deed is the intention of the doer, and that everyone will eventually be rewarded or punished according to his or her intention. Truly, the intention is founded in the heart, which means that people have to first make up their mind before they proceed to make a deed.

The bottom line in this hadith is that sincerity is a must for every deed. In other words, with every righteous deed, a believer should seek only the pleasure of Almighty Allah. If a deed is intended for any other purpose beside the pleasure of Allah, the whole of that deed will definitely be rejected by the Almighty Creator. Indeed, Allah is the One and Only God, with Whom no partner should ever be associated.

The heart of a real Muslim should be purged of the lust for all worldly things, which destroy the righteous deeds. Among these are hypocrisy, lying, ostentation, and greed, all of which are ignoble attributes that should be avoided.

Along with sincerity in doing a deed, there is another condition that should be met in order for a deed to be accepted by Almighty Allah: righteousness. This means that a deed should be done sincerely for Allah’s sake and according to what He has legislated and prescribed. In the Noble Qur’an, Almighty Allah says,

“And [for] whoever hopes for the meeting with his Lord, let him do righteous work, and make none sharer of the worship due unto his Lord.” (Al-Kahf 18:110)

From the foregoing, one concludes that deeds derive their worth from the sincere intention lying in the doer’s heart and from their compliance with the Shari`ah. Such deeds shall be accepted and rewarded by Almighty Allah, either in this present life, in the hereafter, or in both — in the way He, the Almighty, wills.

However, if a deed is intended for some of the perishable vanities of this world, it will eventually prove worthless and thus be rejected by the Almighty Creator, Who may punish its perpetrator in this life, as well as in the hereafter.

It is also worth mentioning that if deeds are done without one harboring a specific intention or purpose in one’s heart, they will go in vain and be nothing but a waste of effort, time, and money.

Deeds Based on Sincerity

Given the above, one should also note that there are some deeds that may appear to be devoid of sincerity while they are actually not. For example, a person may declare him- or herself qualified for a particular duty or leading position. People may view such a person as one who seeks power and prestige, whereas he or she may be asking for the responsibility only because there is no one else who can properly afford to perform the task or shoulder its burden. The following two examples can help clarify this point.

The first example is about Prophet Yusuf (peace be upon him). After his innocence had been declared and he had been released from prison, the king of Egypt ordered that he should be brought to him, intending to make him one of his close aides. When the king spoke to Yusuf and further recognized his virtues, great ability, brilliance, good conduct, and perfect manners, he said to him “Verily, this day, you are with us high in rank and fully trusted” (Yusuf 12:54). Thereupon, Prophet Yusuf said, “Set me over the storehouses of the land; I am a skilled custodian” (Yusuf 12:55).

Commentators on the Qur’an say that Prophet Yusuf praised himself. They maintain that this is allowed when one’s abilities are unknown and when there is a need to do so. He said that he was an honest guardian who had both wisdom and deep knowledge about the task he had asked to be entrusted with.

In modern terminology, Prophet Yusuf asked the king to appoint him as minister of finance so that he would be responsible for the harvest storehouses, in which the Egyptians would collect produce for the years of drought that, he told them, would come. He wanted to be the guard, so that he could dispense the harvest in the wisest, best, and most beneficial way. The king accepted Yusuf’s application for the job, for he was eager to draw Yusuf close to him, to honor him, and to benefit from his outstanding skills and integrity.

The second example is derived from the experience of Khalid ibn Al-Waleed (may Allah be pleased with him) during the Battle of Yarmouk. At that time, the Muslim army was split into four groups: one under `Amr ibn Al-`Aas in Palestine, one under Shurahbil ibn Hasnah in Jordan, one under Yazeed ibn Abu Sufyan in the Damascus-Caesarea region, and the last one under Abu `Ubaydah ibn Al-Jarrah at Emesa (modern-day Hims or Homs, Syria). As the Muslim forces were geographically divided, Emperor Heraclius, leader of the Byzantines, sought to exploit this situation and planned to attack. He did not wish to engage in a single pitched battle, but, rather to employ the central position and fight the Muslim army “in detail” before they could concentrate all their forces.

Meanwhile, Khalid, who was then in Iraq, was sent as reinforcement to the Muslim army. He caught up with the Muslim army in five days. Having seen the whole situation, he addressed the leaders of the four Muslim armies, commanding them to unite. He cautioned them against the consequences of breaking up and keeping the status quo. Consequently, the separate groups of the army united and rearranged their ranks in the face of their enemy. In his very impressive speech to the united Muslim army, Khalid — after praising Allah — said,

Indeed, this is one of Allah’s days in which neither boasting nor aggression will be acceptable. Devote your struggle to Allah and seek only His pleasure with your effort. Definitely, this day will have consequences: If we force them [the enemy] to retreat to their headquarters, we will eventually win the day. But, were it the other way round, we would never defeat them in the future. Therefore, let’s lead the army by turns. Let one of us be the leader for today, another for tomorrow, and a third for the day after, and so on, until the turn befalls all of us. Let me be your leader for today.

The whole army accepted the scheme and appointed Khalid as their leader on that very day! The focus here is on a certain point in this speech: It is Khalid’s calling upon the Muslim army to accept him as their leader on the first day. Usually, when someone formulates a plan in which he is going to play a role in terms of alternate leadership, they — as a sign of modesty — propose that they come last after all the others have taken their turns. However, what happened here was the opposite. Certainly, there was a valid reason behind this: It is the fact that everyone knew about the exceptional military skills of Khalid, known as the Unsheathed Sword of Allah. Throughout his whole military life, he had never been defeated, even in a single battle.

Prophet Yusuf and Khalid ibn Al-Waleed asked for authority and wanted to shoulder a responsibility. However, they did so only to improve a situation and ward off harm, at a time when there was no one else who could afford this in an appropriate manner. In Hollywood terms, they tried to save the world, and they actually saved it. Prophet Yusuf saved Egypt from a devastating famine. Khalid saved the Muslim army from a massive defeat at the hands of the Byzantines. Their request for authority was by no means an indication of bad intention or something that casts doubt on their sincerity.

Let’s learn from Prophet Yusuf and from Khalid how to exert ourselves in doing what is good. Let’s learn when to step forward for leadership when the need arises, while maintaining our sincerity. Let each one of us try to be a Yusuf in civil work and a Khalid in action!

Dr. Ali Al-Halawani is Assistant Professor of Linguistics and Translation, Kulliyyah of Languages and Management (KLM), International Islamic University Malaysia (IIUM), Kuala Lumpur, Malaysia. He was Assistant Professor and worked for a number of international universities in Malaysia and Egypt such as Al-Madinah International University, Shah Alam, Malaysia (Mediu) and Misr University for Science & Technology (MUST), Egypt; Former Editor-in-Chief of the Electronic Da`wah Committee (EDC), Kuwait; Former Deputy Chief Editor and Managing Editor of the Living Shari`ah Department, www.islamOnline.net; Member of the International Union of Muslim Scholars (IUMS); and member of the World Association of Arab Translators & Linguists (Wata). He has recently started to self-publish his articles and new books, which are available on Amazon and Kindle. He is a published writer, translator and researcher. You can reach him at alihalawani72@hotmail.com.