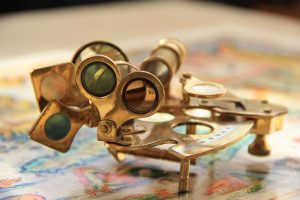 It is the thread that links cars, carpets and cameras and is also responsible for three-course meals, bookshops and modern medicine.

The Islamic civilization, according to the curators of a national exhibition that opened this week, has made an enormous but largely neglected contribution to the way we live in the west.

The project, 1001 Inventions: Discover the Muslim Heritage of Our World, supported by the British Home Office and the Department for Trade and Industry, uncovers the Islamic civilization’s overlooked contribution to science, technology and art during the dark ages in European history.

It lifts the veil on hundreds of innovations – from kiosks and chess through to windmills and cryptography – that are often popularly associated with the western world but originate from Muslim scholarship and science.

Based on more than 3,000 peer-reviewed academic studies, the exhibition charts Islamic innovations during ten decades of “missing history” spanning from the 6th to the 16th century and covering an area stretching from China to southern Spain.

Tailored to appeal to school children and their teachers, and accompanied by a book and online resource, the project was launched at Manchester’s Museum of Science and Industry and will tour the country.

Professor Salim al-Hassani, who has led a five-year project to collate and validate the research behind the exhibition, said: “If you ask the average person where their spectacles or camera or fountain pen come from, few people would say Muslims.

“A lot of these scientific and cultural developments are accepted as fact in the academy, but the vast majority of people – because of the nature of the education system – are completely unaware of their origins.”

“The technology behind these mechanisms was incredibly sophisticated for its time and eventually gave birth to pioneering machinery which still features in every single car,” he said.

A central theme is the exchange of knowledge and culture between civilizations and their lasting significance today.

For example, the 9th century musician and fashion designer known as Ziryab, who travelled from Iraq to Andalusia in Spain, is said to have introduced the concept of the three-course meal.

Meanwhile, it was Caliph al-Ma’mum’s interest in astronomy that led to the development of large observatories, sophisticated astronomical instruments and a rigorous analysis of the stars.

The organizers, the Manchester-based Foundation for Science, Technology and Civilization, hope to use the compilation to bring about an audit of the national curriculum to ensure it recognizes Islamic achievements and the full extent of knowledge transfer between civilizations through the ages.

“For a lot of children in schools, the history of science seems untouchable and remote,” said Yasmin Khan, the exhibitions project manager. “We need to change the way we explain civilization’s progress in our schools.”

Last year, the government’s preventing extremism working group on education proposed that the entire education system should be instilled with “a more faithful reflection of Islam and its civilization”.

Professor Mark Halstead, a lecturer in moral education at Plymouth University, said there was scope in the existing curriculum to teach the contributions of Islamic civilization, but teachers required better training.

“Islam needs to take its place alongside other historic groups, such as the ancient Romans and Greeks,” he said.

“When Europe was living in the dark ages, Islamic civilization was blossoming, and the advances during this period are more relevant to the modern world than those of the Ancient Egyptians and Aztecs.”

Paul Lewis writes for the Guardian Unlimited from the UK.