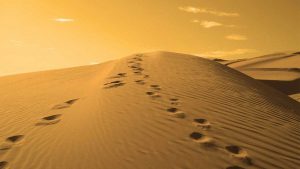 Coming of the Prophet According to Bible

According to the Quran, Prophet Muhammad’s coming was foreshadowed by earlier prophets and their scriptures. Surah Al-A`raf 7:157 states,

“Those who follow the messenger, the unlettered prophet of whom they find written in their sources, in the Torah and the Gospel. He directs them to what is just and forbids them from evil. And he permits them wholesome things and forbids them filthy things. He removes their burden for them, and the yokes that were on them.”

This is the testimony of John, when the Jews sent to him priests and Levites from Jerusalem to ask him, “Who are you?” And he confessed and did not deny, but confessed, “I’m not the Christ.” They asked him, “What then? Are you Elijah?” And he said, “I am not.” “Are you the Prophet?” And he answered, “No”.

From this conversation between John the Baptist and Jewish priests, we learn that the Jews are awaiting the coming of three distinct people: the Christ, Elijah, and the Prophet. We now know that Jesus was the Christ and Messiah whom the Jews denied but the Muslims later affirmed. This leaves Elijah and the Prophet. With respect to Elijah, it is believed by Jews and some Christians that he has not yet returned but will do so to announce the Second Coming of Jesus Christ.

Thus, we need to account for The Prophet. Even today, the Jews are still awaiting his arrival and the Christians believe Jesus Christ was the Prophet. This latter assertion of Christians is impossible because it is clear from John 1:21 as well as John 1:25 that “The Prophet” is a separate and distinct person from Elijah and the Christ. John 1:25 states “Why than are you, John the Baptist, baptizing, if you are not the Christ, nor Elijah, nor the Prophet?” The questioning priests were trying to identify whether John the Baptist was one of these three individuals. The knowledge of the coming of these three was known not only by Jewish priests but also ordinary Jews. This is supported by John 7:40-41 which clearly identifies the distinction that Jewish people are making with regard to Jesus of Nazareth. John 7:40-41 states, “Some of the people, therefore, when they heard these words were saying this certainly is the Prophet. Others were saying, ‘This is the Christ.’” Hence, we can reasonably assert that the Prophet and the Christ are two separate and distinct men of God.

We know that Jesus Christ was a prophet, just as John the Baptist was. On the other hand, Muslims claim that Prophet Muhammad was the Prophet that Jews were asking about in the above passage. In fact, in the entire Quran, which is longer than both the Torah and the New Testament, the name “Muhammad” appears only four times. God addresses Prophet Muhammad as “the Prophet” or “the Messenger”. However, the Jews came to deny his Prophet Hood when they learned that he was the descendant of Ishmael and a non-Jew. Obviously, this is not a valid reason to reject any prophet of God, let alone the Prophet. The fact is that the Jews believed then and even today that they alone are God’s chosen people. If such a claim were true, what would have happened to all the Gentiles who had not received divine guidance, especially the descendants of Ishmael as they had a covenant with God? We as Muslims believe that it would be an act of injustice if God had exclusively sent guidance to Jews while neglecting other communities.

Moreover, it was prophesied that there would come a time when the prophet would be passed from Judah and the Children of Israel to another community.

This passage clearly asserts that God will take away from Judah and Jerusalem the Judge and the Prophet. Hence, if he (the Prophet) is to come, he must be from outside Jerusalem and not from the tribe of Judah. We know that Prophet Muhammad is from descendants of Ishmael and he was born in Mecca.

Another explicit validation that foreshadows the coming of Prophet Muhammad is found in Genesis 49:10. It states, “The scepter shall not depart from Judah, nor the rulers staff from between his feet, until Shiloh comes, and to him shall be the obedience of the peoples.” Although the verse is very clear, let us provide some perspective. Before his death, Jacob gathered his twelve sons and told them what each one would face in the coming days. In this verse, Jacob addresses Judah who is the lawgiver which is confirmed in the statement “and Judah is my scepter or lawgiver” (Psalms 60:7). As such, in Genesis 49:10, Jacob informs Judah that in the future the scepter will pass from him to Shiloh. The question is: who is Shiloh?

Christians believe that Shiloh refers to Jesus Christ. However, this verse cannot be in reference to Christ because the scepter was to depart from Judah and go to Shiloh. Jesus is a direct descendant of Judah (Matthew 1), and therefore he cannot be Shiloh. In other words, Shiloh will possess the scepter and will be the lawgiver, and he will not be from Judah. Additionally, the notion that Jesus Christ was Shiloh and the lawgiver can be refuted when we consider that according to Christian doctrine Jesus did not produce any new law and nor did he claim to be the lawgiver. If we believe the testimony of both Apostles Peter and Paul, they were inspired to revoke the erstwhile Jewish law and taught that Christians no longer needed to abide by such doctrines. However, 49:10 makes complete sense when we consider Prophet Muhammad as Shiloh since he brought forth a new law in the Quran. This is consistent with Isaiah 3:1-2, whereby God will remove from Judah the judge and the prophet. Here, the judge and the prophet refer to the scepter or lawgiver.

These three passages – John 1:21, Genesis 49:10, and Isaiah 3:1 – validate the truthfulness of Prophet Muhammad as a prophet and messenger of God.

There is another passage that is quite comprehensive and it is found in Isaiah 46:10-11:

“Declaring the end from the beginning, from ancient times things which have not been done, Saying ‘My purpose will be established and I will accomplish all My good pleasure’; Calling a bird of prey from the east, the man of My purpose from a far country. Truly I have spoken; truly I will bring it to pass. I have planned it, surely I will do it.” (Isaiah 46:10-11).

Some Old Testament commentaries, such as Wesley’s Notes and Geneva Study Bible, refer to “the man of my purpose” as being Cyrus the Great. But this is erroneous because Cyrus is nowhere identified as a prophet or a man of God. Instead, it is believed he was an idol worshipper and an unbeliever. If God since the beginning had chosen him for a purpose, he would have needed to demonstrate that he was a faithful and obedient servant. Yet his primary contribution was to give the Jews permission to rebuild the Temple. King Solomon built the Temple in 957 BC and King Nebuchadnezzar destroyed it in 587 BC. Again, it was rebuilt by revered prophets such as Zachariah and Ezra in 515 BC with Cyrus’ permission and, later in 40 BC; Herod the Great expanded the Temple.

Excerpted from the book “Christ Jesus, The Son Of Mary: A Muslim Perspective” by Adil Nizamuddin Imran.

Throughout the ages, the personality of Christ (Peace Be Upon Him) has been the center of much controversy. Some have called him a false prophet while some others worship him as God or son of God who came to earth in human form. Similar controversies linger around his mother, the Virgin Mary. Islam considers Christ as a mighty prophet of God, from among His near ones and his mother as an embodiment of piety, chastity and righteousness. Unfortunately, this high reverence of Islam to Christ and the Virgin Mary is often ignored by the mainstream western intelligentsia and largely unknown to the common western populace. This well-researched book describes the status of Jesus in divine Islamic texts and will enrich the knowledge of its readers and enlighten them about the Islamic position on Christ Jesus – The Son of Mary.