If matter, time and space all had a beginning, the question that naturally comes to mind is: How did they come to be?  The Quran tells us 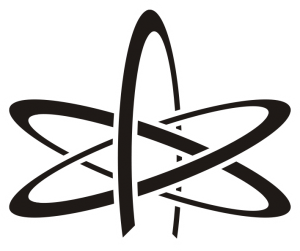 that if a person does not believe in God, then he cannot explain the coming into being of anything except by one of three untenable explanations:

a.     either he says that it was created by nothing, i.e. that it just appeared out of nothing?

c.     Or that it was created by something that is itself created.

Addressing the atheists the Quran says:

“Were they created by nothing?  Or were they themselves the creators (of themselves)?  Or did they create heaven and earth?  Nay, but they are not sure.” (Quran 52:35-36)

The Quran is not saying that the Arabs whom it addressed actually believed that things were created by nothing, or that they created themselves.  They certainly did not claim that they were the creators of the heavens and earth; no sane person would.  The Quran then, is only making clear to the atheists the absurdity of their position. 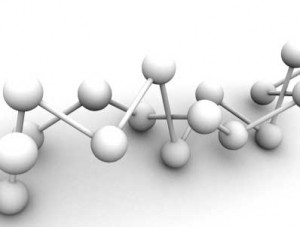 After a careful study of some of the arguments of many Western atheistic philosophers and scientists, I have found that they do indeed fall into these three untenable categories.  Why untenable?

Was it created out of nothing?

Suppose that you told someone that there was nothing, nothing at all in a certain region, and then lo! a duck appeared alive and kicking.  Why wouldn’t he believe you however much you assure him that that was indeed the case?  Not only because he knows that ducks don’t come into being in that way, as some might suppose, but because believing this violates an essential principle of his rationality.  Thus his attitude would be the same even if the thing that he was told to have come from nothing was something that he never heard of before.  It is because we believe that nothing comes out of nothing, that we keep looking for causes by which we explain the occurrence of events in the natural, social or psychological world.  It is because of this rational principle that science was possible.  Without it, not only our science, but our very rationality will be in jeopardy.  Moreover, the idea of causation is essential even to the very identity of things, as it was observed by the Muslim philosopher Ibn Rushd (Averroes):

It is self-evident that things have identities, and they have qualities in virtue of which every existent has its actions, and in virtue of which things have different identities, names and definitions.  If it were not the case that every individual thing had an action peculiar to, it would not have had a na­ture that is peculiar to it; and if it did not have a special na­ture, it would not have had a special name or definition. (Tahafut Attahafut, 782-3)

Did it create itself? 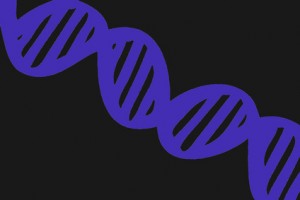 Was it created by something that is itself created?

Can the cause of a temporal thing be itself temporal?  Yes, if we are talking about immediate, incomplete causes like eating and nourishment, water and germination, fire and burning, etc.  But these causes are incomplete causes.  First, because none of them is by itself sufficient to produce the effect we attribute to it; every such temporal cause depends for its efficacy on a host of other positive and negative conditions.  Second, because being temporal, they need to be caused, and cannot therefore be the ultimate causes of the coming into being of anything.  Suppose the following to be a series of temporal effects and causes: C1, C2, C3, C4… Cn, such that C1 is caused by C2, C2 by C3, and so on.  Such temporal causes are real causes, and useful ones, especially for practical purposes and for incomplete explanations; but if we are looking for the ultimate cause of the coming into being of, say, C1, then C2 is certainly not that cause, since it is itself caused by C3.  The same can be said about C3, and so on.  So even if we have an infinite series of such temporal causes, still that will not give us an ultimate explanation of the coming into being of C1.  Let us put this in other words: when does C1 come into being?  Only after C2 has come into being.  When does C2 come into being?  Only after C3 has come into being, and so on until Cn.  Therefore C1 will not come into being until Cn has come into being.  The same problem will persist even if we go further than Cn, even if we go to infinity.  This means that if C1 depended for its coming into being on such temporal causes, it would never have come to exist.  There would be no series of actual causes, but only a series of non-existents, as Ibn Taymiyyah[1] explained.  The fact, however, is that there are existents around us; therefore, their ultimate cause must be something other than temporal causes; it must be an eternal, and therefore, uncaused cause.

When someone, whether scientist or nonscientist, insists on his erroneous beliefs in the face of all the evidence, there can be no way for him to support those beliefs except by resorting to dubious arguments, because no falsehood can be supported by a valid argument.  This has been the case with all atheistic scientists and philosophers who believe in the Big Bang theory. 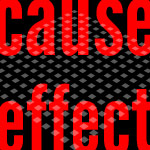 Some claimed unabashedly that the original matter of the universe came out of nothing.  Thus Fred Hoyle, who advocated the steady state theory, which was for sometime considered to be a credible rival to the big bang theory, but which, like its rival, necessitates the coming into being of new matter– used to say[2]:

The most obvious question to ask about continuous creation is this: Where does the created material come from?  It does not come from anywhere.  Material simply appears – it is created.  At one time the various atoms composing the material do not exist, and at a later time they do.  This may seem a very strange idea and I agree that it is, but in science it does not matter how strange an idea may seem so long as it works – that is to say, since the idea can be expressed in a precise form and so long as its consequences are in agreement with observation. (Hoyle, 112)

When Hoyle said this, there was an uproar against him.  He was accused of violating a main principle of science, namely that nothing comes out of nothing, and was thus ‘opening the flood gates of religion’ as one philosopher of science put it.  Thus Mario Bunge said about it:

[T]his theory involves the hypothesis of the continuous creation of matter ex nihilo.  And this is not precisely what is usually meant by respecting scientific determinism even in its widest sense, for the concept of emergence out of nothing is characteristically theological or magical even if clothed in mathematical form. (Bunge)

That the hypothesis of creation ex nihilo is not a scientific one, is true, but the claim that it is characteristically theological is wide off the mark.  Theistic religions do not say that things come out of absolute nothing because that contradicts the basic religious claim that they are created by God.  All that many religious people say is that God creates things out of nothing, and there is the whole difference in the world between the two notions.

If creation out of nothing was earlier considered by atheists to be an unscientific and theological principle, it is now claimed by some to have a scientific status and is used to discredit religion.

For the first time a unified description of all creation could be within our grasp.  No scientific problem is more fundamental or more daunting than the puzzle of how the universe came into being.  Could this have happened without any supernatural input?  Quantum mechanics seems to provide a loophole in the age-old assumption that ‘you can’t get something for nothing’.  Physicists are now talking about ‘the self creating universe’: a cosmos that erupts into existence spontaneously, much as a sub nuclear particle pops out of nowhere in certain high energy processes.  The question of whether the details of this theory are right or wrong is not important.  What matters is that it is now possible to conceive of a scientific explanation of all creation. (Jastrow, viii)

What kind of explanation is this?  Do you really even start to explain anything by saying that it pops out of nowhere?  Do scientists really believe that the sub nuclear particle referred to pops out of nowhere, in the sense that it really comes out of nothing, and has no relation whatsoever to anything that precedes it?  Commenting on what Davies claimed, one scientist had this to say: “This, in any case, is an event that occurs in space and time, within a domain bathed in matter and radiation.  ‘Nothing’ is nowhere to be seen in this situation.“[3]

This same fallacious idea is repeated in a later book by another atheistic scientist, Taylor: 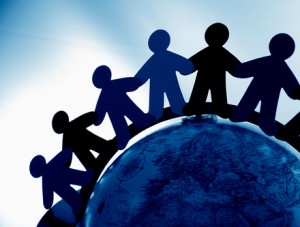 As such, there is a non-zero probability of, say, a particle such as an electron appearing out of the vacuum.  In fact a vacuum is full of possibilities, one of which is the appearance of the Universe itself.  It had been created from nothing, as it were. (Taylor, 22)

What kind of vacuum is Taylor talking about?  If he is using the word in its technical scientific sense, then he can indeed speak of its being full of possibilities, or of an electron appearing out of it, because this vacuum is in fact a non-empty region.  This surely, however, is not the nothingness that is referred to by the big bang theory.  There is therefore not even an analogy between the appearance of a particle in a vacuum and the appearance of a Universe out of absolute nothing.

[2] Later on he changed his mind, not only about this, but about the whole theory.

[3] This is what my friend,  Professor Mahjoob Obeid,  the famous Sudanese physicist wrote to  me in a personal  communication.