The best way to ask Him is through your distress, and the fastest way to acquire good traits is through expressing your humility and need. 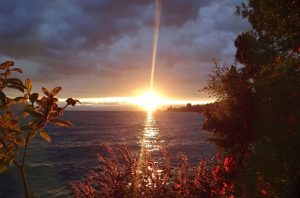 When you are in distress and sincerely ask God for help, He will answer them.

God asks the unbelievers saying: “Is He (not best) who responds to the distressed when he calls out to Him, and who removes the ill (that caused the distress), and has made you inherit the earth? Could there be any divine power besides God?” (An-Naml 27:62)

In this verse God makes it clear to the unbelievers that when they are in distress and sincerely ask God for help, He will answer them. So, what about if a believer is in distress and asks Him for help!

Therefore, distress gets the supplication answered quickly. The Sheikh says: “The best way to ask Him is through your distress.” If you are in distress and ask God feeling the need for His help after the causes have fallen you, then rest assured that God will answer you supplication.

This applies also to the acts of worship. Therefore, the best way to ask Him is through distress, need, humility, and hope in His mercy. This is best illustrated in the Prophet’s supplication is different situations. In the Battle of Badr the Prophet (peace be upon him) turned (his face) towards the qiblah then he stretched his hands and began his supplication to his Lord:

Then the Sheikh explains other useful conditions of supplication. He says: “And the fastest way to acquire good traits is through expressing your humility and need.” This means that one has to be humiliated before God and feel that he is in need of Him Some scholars comments on the verse “The offerings given for the sake of God are (meant) only for the poor…” (At-Tawbah 9:60) saying that the verse is applicable on anyone who feels the need for God and asks for His help.

This interpretation is a bit odd, but the meaning is correct. In normal cases you give in charity the poor person, so what about if you show your need for God! Surely He will give you what you ask for and better than what you ask for.

The Sheikh’s saying: “And the fastest way to acquire good traits is through expressing your humility and need” implies that God is the one who grants good traits, worldly or religious. But here the Sheikh refers to religious traits such as the condition of the heart and the acts of worship.

In order for a supplication to be answered, it has to meet some conditions such as facing the qiblah (prayer direction), and not asking God for committing a sin or cutting off family ties.

However, what is of more importance is the condition of the heart when praying to God which is the basis of the supplication and not one of the recommended acts associated with it.

The Prophet used to recite certain du`aa’s at certain situation such as getting up, going to bed, wearing clothes, taking off clothes, looking at the mirror, washing himself, sleeping with his wives, seeing the new moon of the month, in the evening, in the morning, going out, and coming back home. If we utter these supplications, we are connected with God all the time.

If we trace the history of du`aa’, we will not find any person, even previous prophets, who had this strong relation with God like the Prophet Muhammad. We study the Psalms, the Torah, and the Injeel (Gospel) well, we not come across such supplications which show the depth of this relation between the Prophet and His Lord. The Prophet used to praise God with humbleness, surrender and awareness of God’s mighty.

From different traditions we learn that the Prophet’s supplication was accompanied by distress. `A’ishah reported that the Prophet used to spend the night with one of his wives. At the dawn time, Bilal (may God be pleased with him) used to wake him up for the prayer.

So the Prophet used to takes a shower, then goes out to prayer and I used to hear him crying. Therefore, the Prophet’s supplication is not merely words uttered by the tongue, but it was deeply felt in the heart.

The du`aa’ may be answered on the spot and the answer may be may take some time. The Prophet is reported to have said: “A servant will be rewarded on the Day of Judgment for a supplication for God which has not been answered to the extent that he wishes that his du`aa’ was not answered.”

When God does not answer your du`aa’, make sure that God is choosing the best for you. God has always been choosing the best for you. God says about Himself, “In Your Hand is all good.” (Aal `Imran 3:26) If you pray to God but He does not answer your prayer, you should know that God is choosing what is good for you and He is not choosing what is bad for you. God allowed you to pray to Him because He wants to give you as the Sheikh says in this word of wisdom.

God’s giving may be in this world or in the world to come. So, we have to leave the choice for God. “And (thus it is) Your Sustainer creates whatever He wills; and He chooses (for mankind) whatever is best for them.” (Ash-Shu`araa’ 26:68) God always chooses better that what we choose.