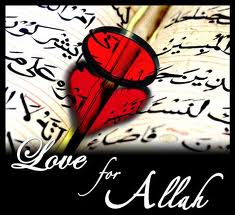 Perform a rewarding deed that is beloved by God

“Indeed, good deeds do away with misdeeds. That is a reminder for those who remember.” (Hud 11: 114)

The verse above tells us that if we want to cleanse our hearts further, we should do good actions because they also help to wipe away our sins. When we feel guilty because we committed a sin, in addition to seeking forgiveness, we should consciously go out and try to do good; perform a rewarding deed that is beloved by God. This can be anything from giving charity, helping our family out with the chores to reading Qur’an; anything that is deemed praiseworthy in Islam.

And obviously, this is not only for when we feel guilty. But how does this help us to achieve tranquility of the heart?

God says in the Qur’an:

“Indeed, those who have believed and done righteous deeds – the Most Merciful will appoint for them wud.” (Maryam 19: 96)

God uses the word “wud” for love in the above verse, and one of God’s names is Al-Wadud (the Most Loving). What is the significance of the word wud? Why did God not use a more common word, such as “hubb” or even “`ishq“?

They each mean a type of love but the emphasis is different. Wud is a love that is manifest. For example, someone can really love you, but not show it. Their love may be pure and true, but you don’t know about it because they never show their love for you in their actions. Yet God is Al-Wadud, and for those who do good, He will bestow upon them wud, a love that is apparent, that is shown. And as long as we do good we are within the realm of God’s love. Subhan’Allah! (Glory be to Him).

How Will God Show This Love Towards Us?

The Prophet Muhammad (peace be upon him) told us:

By performing the acts that God loves, we receive His love and affection. This love and affection is manifested by His placing acceptance for us with other people. And how could it be any other way? A believer is not only one that performs the acts of worship that are solely between him and God, such as prayer or fasting, but a true believer is one that is in the service of people. The crucial point though is that when the believer serves people, his intention is for the sake of God; so if people do not appreciate his work, he is still content with the pleasure of God, and strives to do more good because his ultimate transaction is with His Lord and Sustainer.

Every human being has a need for love and sometimes we put countless hours of effort in order to receive that love from people. This is not necessarily bad, but by naming Himself Al-Wadud, God is telling us that He is the most-loving and that we should vie for this love by doing work that is deemed good by God.

How else does God manifest this love? God tells us in a hadith qudsi (sacred hadith):

All of the above is a result of God’s love. We start with the obligatory and add on the recommended and the voluntary. As long as we are doing what is deemed good by God, we are receiving love from Al-Wadud. What could give us more tranquility than the knowledge of that?

When we feel down spiritually, it is easy to feel and believe that our good deeds don’t matter, because we are so bad. But the verses mentioned above and the hadiths show us that this is not the case. Even if we are sinning, we should not give up good deeds. These good deeds help to wipe away the bad, and they are a means to get closer to God. We will never be perfect, and the key is to recognize our faults in order to remind ourselves to be humble and to seek forgiveness but to never despair because of them. Al-Wadud (God) brought a prostitute into the realm of His love because she gave a dog water – and for that, she was given Paradise. But we have to remember to strike a balance between refraining from belittling our sins and not giving up because of them.

The best way is to look at the example of the Prophet and the companions. Although the Prophet was faultless, he sought forgiveness from his Lord on a daily basis. He prayed while people slept, and he was their aid when they needed him.

He taught people not to take their sins lightly. In the story of the companion Ka`b ibn Malik, for example, the Prophet forbade all the Muslims from talking to him for a total of 50 days because he did not join them for battle and had no excuse (this was an order from God). Imagine if you were Ka`b: you deserted your fellow Muslims when they needed you the most (it was the battle of Tabuk, which was an especially tough battle). That is enough to make someone feel guilty and worthless. But on top of that, when you tell the truth about what you did, the Prophet is ordered not to speak to you, as are the rest of the Muslims, as punishment.

How would you have felt?

Ka`b felt extremely guilty, and a part of him wished he hadn’t told the truth about why he did not join them for battle, but he remained steadfast. He prayed and turned to his Lord and he resisted the temptation of those who sought to capitalize on the opportunity to take someone away from Islam. So what happened after 50 days? God reveals in the Qur’an that He has forgiven him! As well as the two other companions who had committed the same mistake he did:

“And to the three who were left behind when the earth was straitened for them, for all its breadth, and their souls were straitened for them; until they thought that there is no refuge from God except in Him. Then He turned [relenting] to them that they might also turn [in repentance]. Truly God is the Relenting, the Merciful.” (Al-Tawbah 9: 118)

Ka`b ibn Malik knew that the key to redemption was to continue doing good and seeking forgiveness of his Lord. And for that, he is recorded in the Qur’an as one whom God has forgiven so that we all take heed and emulate this behavior.

So whenever you are feeling down and troubled in your heart, give yourself a boost by immersing yourself in deeds that are beloved by God. Because the one who has named Himself Al-Wadud (the Most Loving) will bestow upon you love and affection.

This article is taken from suhaibwebb.com with slight editorial modifications.

Jinan Bastaki is a graduate of the LSE and currently resides in the Gulf.