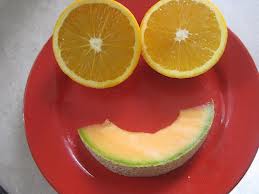 Through our brains, smiling activates neuropeptides that combats stress, which lowers your heart rate and blood pressure.

How many times have you passed someone walking through a mall, in a hallway at school, on the bus, a train, or in the office where you work, and noticed that no one was smiling?

It is particularly interesting that this is oftentimes also the case amongst Muslims, which is a contributing factor to the misconception that to be Muslim means being serious all the time; never laughing or having fun.

Ironically, this is quite contrary to the Sunnah (the Prophet’s tradition), as Prophet Muhammad (peace be upon him), was well-known for his congenial nature and smile.

One such hadith, narrated by Jarir ibn Abdullah Al-Bajali states:

“The Messenger of Allah (peace be upon him) never refused to see me from the time I became Muslim, and whenever he saw me he would smile at me…” (Ibn Majah, 159)

In fact, when I ran a search on the phrase “Prophet smiled” through a hadith search engine online, there were 3,177 results!

Among the five pillars of Islam, Muslims are also commanded to be charitable.

It is reported that the second Caliph, Umar ibn Al-Khattab said:

“I heard the Messenger of Allah say, ‘Islam has been built upon five things – on testifying that there is no god save Allah, and that Muhammad is His Messenger; on performing salah (prayer); on giving the zakah (charity); on Hajj (pilgrimage to Makkah); and on fasting during Ramadan.’” (Al-Bukhari & Muslim)

“Charity is prescribed for each descendant of Adam every day the sun rises.”

He was then asked:

“From what do we give charity every day?”

Oftentimes we think of charity as being monetary in nature. The simplicity of Islam teaches us otherwise, isn’t that great?

Muslims are also commanded to perform da`wah (calling others to Islam). I recall very well that a catalyst for my interest in Islam 11-years ago happened to be the adab (good manners) of a Somali taxi driver who, incidentally, was always smiling. Obviously he had a clear understanding of the hadith that says:

“If Allah would guide one person through you to Islam, it is better than the whole world and whatever that’s in it.” (Al-Bukhari and Muslim, 1379)

Imagine that one of the greatest achievements you could make in this life were to be realized simply through a smile.

Furthermore, psychologists say that smiling is a great way to improve our health! It affects our brains, bodies and those around us.

Through our brains, smiling activates neuropeptides that combats stress, which lowers your heart rate and blood pressure. Endorphins released by the brain when you smile act as a 100% natural pain reliever, and the serotonin released by your brain through your smile serves as an anti-depressant/mood lifter.

And according to the 2011 findings by researchers at the Face Research Laboratory at the University of Aberdeen, Scotland, our bodies are affected by smiling in that we actually look better with a smile, which, in turn, positively affects the way people respond to us. Now, I’m not quite sure why it took a research study to inform us of this, but there you have it.

Subhan’Allah, smiling affects those around us in that it is actually contagious! Each time you smile at a person, their brain coaxes them to return the favor. Hasn’t this happened to you before?

On a recent Saturday evening I was sitting at a table on the deck in front of a local coffee shop when an elderly man dressed in a traditional Egyptian thawb, wearing a holiday cap with flashing lights across the front of it, masha’Allah, happened to pass through the tables selling roses.

I was pounding away on my keyboard in a lively Viber chat (yes, there is a desktop version), with my heart-adopted daughter in Colorado, Hanane. As the man passed by, in the same instant that I happened to glance up, he looked back over his shoulder.

In that brief moment that our eyes met, instantly seeing the smile I was wearing from the conversation I had been engaged in, subhan’Allah, he smiled in return as if he had just seen the moon. 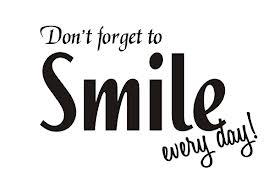 The Messenger of Allah, upon whom be peace, said:

“Every good deed is sadaqah (charity). To meet your brother with a smiling face and to pour out from your bucket into his container are sadaqah.” (At-Tirmidhi, 1956)

A charity for a charity, I remember thinking to myself.

The moment passed and I returned to my chat with Hanane. Head-bowed in concentration, I did not even notice that the man selling roses had turned around a few minutes later as he was headed back in the direction from which he had originally arrived.

As the man passed by my table – without stopping or saying a word – he silently deposited beside my laptop, a bountiful handful of rose petals. Masha’Allah.

I had given him a smile, and in return he offered me what he could that would not take away from the source of his own meager sustenance; the petals of the roses that no one else would have appreciated the way I did that night.

Aishah Schwartz is an American Muslim revert to Islam since April 2002, is founder and director of the 2006 established Washington, D.C.-based Muslimah Writers Alliance (MWA) and a retired nearly 20-year career litigation legal assistant. Ms. Schwartz is also a published freelance non-fiction writer and photojournalist whose aim is to counter misconceptions regarding the Islamic faith and members of the Muslim community. As a woman traveling in the Middle East, Ms. Schwartz’s role as a civil and human rights activist has focused on the rights of Muslim women and the plight of the Palestinian people affected by the Israeli imposed illegal embargo on Gaza. She has also reported on revolutions in the Middle East as a Demotix photojournalist from 2011-2013.