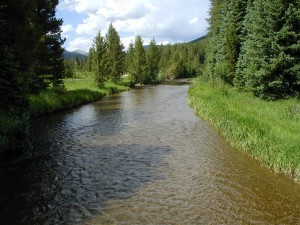 Belief in Allah’s existence is something instinctive to human beings. It is part of our innate natures.

So set your purpose (O Muhammad) towards religion in the pure state – the natural way from Allah, upon which He has created humanity.

There is no altering Allah’s creation. That is the right religion, but most people know not. (Ar-Rum 30: 30)

The Prophet (peace be upon him) relates to us that God says: “Indeed, I created My servants, all of them, on the natural faith.” (Sahih Ibn Hibban)

This means that belief in Allah is embedded in every person’s essential makeup.

He (peace be upon him) also informs us: “Every child is born upon the natural way. It is then his parents who turn him into a Jew, a Christian, or a Zoroastrian.” (Sahih Al-Bukhari)

The Instinctive Nature of Faith

When we believe in God, we are responding to our nature, and because it is in harmony with our nature, the existence or absence of faith must have a marked effect on a person’s life.

Even someone left without any external influences upon his or her faith will come to the recognition of Allah’s existence. Admittedly, that person’s belief will not be complete with details about Allah’s nature and attributes or with any knowledge of the Law – since those are matters known only through revelation – but the awareness and recognition of a Higher Being will be there.

Some people try to explain away the instinctive nature of faith by saying it is nothing more than a symptom of human bewilderment at the world. This view is held especially by those who are opposed to religious belief. They argue that when early people saw lightning, heard thunder, and witnessed floods, volcanic eruptions, tempests, and other powerful natural phenomena, they felt in awe and ignorance of these things. According to critics of religion, it was merely the weakness and ignorance of early people that caused them to tend to a belief in a Higher Being.

This understanding of faith is lacking. Faith is part of human experience, even for the most educated and sophisticated of people. A sense of faith is present in their lives. Ibn Al-Qayyim describes this sense in the following way: “There persists disquiet in the heart that cannot be placated except by turning to Allah.”

Being true in faith to Allah, and never assigning partners to Him: if anyone assigns partners to Allah, is as if he had fallen from heaven and been snatched up by birds, or the wind had swooped (like a bird on its prey) and thrown him into a far-distant place. (Al-Hajj 22: 31)

We see how this verse describes the sense of loss and lack of self-definition that afflicts the person in the absence of faith.

The human being who lacks faith resembles a heavenly object that has strayed and fallen from its orbit. It is quick to burn up. It is lost and wasted, not knowing where it is headed. Such a person is overpowered by perplexing questions that make his or her mind as if it were about to explode. This person remains in emotional turmoil. The person’s heart, likewise, does not come to any sound conclusion, and it takes that person’s life right down to Hell.

It is part of our nature to seek out that which is to be venerated, that which is holy. This is why a person who does not acknowledge Allah as the one to be worshiped will find something else to worship.

All people, children, and adults – and no matter how healthy, prosperous, or successful they might be – need a few moments away from other people, to commune with their Lord, to feel that God sees them, hears them and will answer them. This is true at times of hardship and times of ease, not only when faced with failure, but even when enjoying the greatest success.

It is a grave error to assume that faith is tied in with fear of the unknown, as critics of religion claim. Rather, faith is tied in with a deep love in the heart, which in its outpouring naturally seeks that which is holy and sublime. In the absence of a willingness to recognize Allah, people might even worship idols like the Arabs used to do before the advent of Islam.

There is one final important meaning I wish to draw from the fact that faith is a natural dispensation of the humanity, motivated through love and a sense of reverence in the heart for Allah’s glorification. In return for giving this devotion sincerely to God, the promise for us is Paradise, containing what no eye has seen, no ear has heard, and no heart has anticipated.

Dr. Salman Al-Oadah is a prominent Saudi scholar and researcher.