The tree of humiliation stems from a seed of neediness. Nothing deceives you as your illusion. You are free from what you gave up on, and you are a slave to what you are in need of. 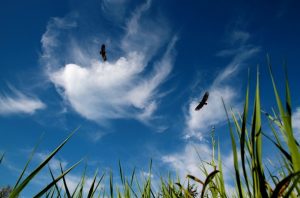 If you are a servant to God, then you are free from others than Him.

Cleaning up before beautification is still passing through the stage of searching for another flaw which affects one’s belief which is that of feeling humiliated by others. Because trying to discover the flaws within you is better than trying to discover the worlds hidden from you, Ibn `Ata’illah analyses the reason behind this flaw and shows us how to overcome it.

The direct reason for feeling humiliated by people is neediness. Ibn `Ata’illah eloquently expresses this in the following words: “The tree of humiliation stems from a seed of neediness.” The small seed of neediness is watered with words and actions through which one tries to reach his goals, and thus, he feels deeply humiliated.

Then Ibn `Ata’illah says: “Nothing deceives you as your illusion. You are free from what you gave up on, and you are a slave to what you are in need of.”

A Slave to Others

Ibn `Ata’illah says that nothing deceives you as the illusion that people benefit or harm you. It is true that you have to interact with people, ask them to help you with something or do you a favor. There is nothing wrong with this as long as seeking peoples’ help does not imply any neediness which produces humiliation. This feeling of humiliation is the result of the illusion that people might benefit or harm others.

The Prophet (peace be upon him) says: “Ask for your needs with dignity.” It is normal to ask for your needs, but when you ask people to do you a favor or ask them for money, you have to ask them with dignity, i.e. without feeling humiliated or having a greedy attitude. You should not plant the seed of neediness as it leads to humiliation, which grows like the tree. Eventually, humiliation turns into a state of being a slave to others than God.

If you free yourself from the illusion that people have the ability to benefit or harm you, you will be saved. The Prophet (peace be upon him) told Ibn `Abbas (may God be pleased with him) when he was young that:

If you have a sound belief in God and you are trusting God, you feel sure that people cannot benefit or harm you. You will become a real servant to God. No humiliation, no neediness, no illusion.

Ibn `Ata’illah’s saying that the tree of humiliation stems from a seed of neediness is achieved when one asks God only and feels humiliated before Him alone. This feeling of humiliation supports the concept of servitude to God which is the real meaning of freedom, i.e. you become a servant to God alone through asking from Him and giving up the idea that people can benefit or harm.

Based on this, the word of wisdom that says: “the tree of humiliation stems from a seed of neediness” can be understood from two sides: first, the human side in which one shows a greedy attitude to what people have. This attitude is in itself an illusion because the one who causes benefit and harm is God, the Almighty. We should rid ourselves of this attitude which makes one a slave to others than God.

The other side which helps us understand Ibn `Ata’illah’s words is to ask God alone and seek His provision only with a feeling of humiliation which leads to a state of servitude to God. What a beautiful servitude and what a great freedom which you can enjoy only when you serve God alone. If you become a real servant to God, then you are free from others and you are journeying to Him.