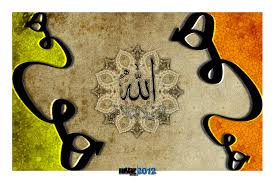 Allah, the Beneficent and Merciful, truly deserves our obedience. We should thank Him, not deny His favor.

God: The Beneficent, the Merciful

Allah is referred to by His name “The Beneficent” fifty-seven times in the Qur’an.

We read, for instance:

As for “The Merciful”, the Qur’an refers to Allah by this name 114 times. For instance:

“For Allah is to all people Most surely full of kindness, Most Merciful.” (Al-Baqarah 2: 143)

“Whoever repents after his wrongdoing and makes amends, then surely Allah will relent towards him; surely Allah is Forgiving, Merciful.” (Al-Ma’idah 5: 39)

The attribute of mercy – which both of these names are derived from – is one of our Lord’s greatest attributes. A believer meets a fellow believer with the greeting: “May peace be upon you and the mercy of Allah.”

“Praise be to Allah who has prescribed mercy upon Himself.”

“Praise be to Allah whose mercy takes precedence over His wrath.”

“Praise be to Allah whose mercy encompasses all things.”

Allah is described as having the attribute of “mercy” in the Qur’an over 160 times.

It is interesting to consider the ways in which Allah’s mercy appears in the chapter of the Qur’an entitled Mary, which opens with the verse:

Here we have mention of Allah’s mercy to one of his choicest devotees, Zechariah, when he beseeched his Lord to bless him with a child in his old age. This shows us how close Allah’s mercy is to those who worship and beseech Him with sincere devotion and humility.

In the middle of the same chapter, we find an account of Abraham’s story. At one point, Abraham says to his father:

“O my father! Do not serve Satan. Surely Satan is disobedient to the Beneficent.” (Maryam 19: 44)

Abraham’s words show us the extreme ignorance that it takes to flagrantly deny Allah and disobey Him. Allah, the Beneficent and Merciful, truly deserves our obedience. We should thank Him, not deny His favor. We should cherish Him in our thoughts and never forget Him. We should respond to His goodness and His favor with our gratitude and devotion.

“O my father! I fear lest a punishment overtakes you from the Beneficent, so that you become a comrade of Satan.” (Maryam 19: 45)

Here Abraham warns against the punishment that awaits those who disobey Allah and who spurn His guidance and His way. By referring to it as being “a punishment from the Beneficent”, Abraham is emphasizing how base and offensive it is to reject Allah and faith in Him, so much so that in their rejection and unbelief they become deserving of punishment from Allah, in spite of Allah’s infinite mercy.

The chapter entitled Mary comes to its conclusion with the verse:

“Indeed, those who believe and do good deeds, the Beneficent will bestow love upon them.” (Maryam 19: 96)

This verse relates to us a meaning of great significance. Allah blesses those who believe and do good deeds with love. He loves them and they love Him. He then spreads their love throughout the Earth, so they feel love for each other. In this regard, Prophet Mohammed, peace be upon him, said:

“If Allah loves someone, He summons Gabriel and says: ‘I love that person.’”

Then Gabriel also loves that person and calls out to the heavens: “Indeed Allah loves this person.” Thereafter, the denizens of Heaven also love that person. Thereafter it is manifested as acceptance on the Earth.” (Al-Bukhari, Muslim)

These are some of the significant meanings that should enrich a Muslim’s faith and practice from contemplating on Allah’s mercy.