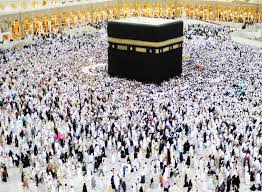 It is the responsibility of each and every pilgrim to observe the moral code observed during Hajj.

Hajj: A Journey without End

For any deed to be accepted from an Islamic perspective, it has to meet certain criteria: it should be both righteous and sincere. Allah the Almighty says in His Ever-Glorious Qur’an,

“Whoever expects to meet his Lord, let him work righteousness, and, in the worship of his Lord, admit no one as partner.” (Al-Kahf 18:110)

It is clear that righteousness and true respect for Allah—which excludes the worship of anything else—are the criteria of true worship. This is the divine rule, and Hajj is no exception. So for Hajj to be accepted by Allah the Almighty, it has to meet these criteria and thus its prerequisites, which will be highlighted here, must be met.

1 – One who intends to perform Hajj should provide for all the expenses of the journey from lawful gains. On the authority of Abu Hurayrah (may Allah be pleased with him) the Messenger of Allah (peace and blessings be upon him) said, “Verily Allah is Good and He accepts only what is good. He has commanded the believers with what He had already commanded the messengers as saying: [Oh, messengers, enjoy what is good and do good deeds.] And He said: [O you who believe, enjoy what is good from what We have provided you with.]” Then he said, “A man makes a long journey, appears disheveled and covered with dust, stretching his hands to heaven and saying, ‘O my Lord! O my Lord!’ But his source of food is unlawful, his source of drink is unlawful, his source of clothing is unlawful. How could his prayer be accepted then?” (Muslim).

This hadith makes mention of a man who worships Allah dearly and prays to Him so much that he has no time to clean his body; but in spite of that he eats from the unlawful and uses unlawful things. The prayers of such a person are not in any way answered by Allah the Almighty.

So the lawful earning of food, drink, clothing, and everything else should be every Muslim’s primary concern. This is the first precondition for one who intends to go on Hajj for Allah.

2 – One should pay back others’ rights and should return trusts to their owners.

3 – One should advise one’s family to commit themselves to the dictates of their religion and the guidance of their Prophet (peace and blessings be upon him).

4 – If the pilgrim is a woman, she should look for a mahram to accompany her and assist her in performing the Hajj rituals; or she can look for safe company with whom she fears nothing for her religion, life, or property. It is transmitted on the authority of Ibn `Abbas that a man said, “O Allah’s Messenger! I have enlisted in the army for such-and-such battle and my wife is proceeding for Hajj.” Allah’s Messenger said, “Go, and perform the Hajj with your wife.” (Al-Bukhari).

1 – Pilgrims must stick to the example of Prophet Muhammad (peace and blessings be upon him) in Tawaf, Sa`i, Rami, and all other Hajj rituals. This can be understood from his saying, “Learn from me your rituals (of Hajj)” (Muslim). This commitment to the Sunnah of the Prophet tends to make one’s Hajj valid, one’s sins forgiven, and one’s deeds accepted.

2 – Pilgrims should not associate anything with Allah in terms of worship or reverence.

4 – Pilgrims should perform every rite sincerely and loyally to Allah alone.

5 – Pilgrims should honor the rites and symbols of Allah.

Indeed, points 2–5 can be understood from the Ever-Glorious Qur’an where they are summed up in three verses:

“That and whoever honors the sacred things of Allah, then that is better for him with his Lord. The cattle are lawful to you, except those (that will be) mentioned to you (as exceptions). So shun the abomination (worshipping) of idol, and shun lying speech (false statements). Hunafa’ lillah (i.e., worshiping none but Allah), not associating partners (in worship) unto Him; and whoever assigns partners to Allah, it is as if he had fallen from the sky, and the birds had snatched him, or the wind had thrown him to a far off place. Thus it is and whosoever honors the Symbols of Allah, then it is truly from the piety of the hearts. In them are benefits for you for an appointed term, and afterwards they are brought for sacrifice unto the ancient House.” (Al-Hajj 22:30–33)

6 – In the same vein, pilgrims should observe the best of all morals, as breaching any moral value may ruin all their endeavors to reach an acceptable Hajj. Allah the Almighty says in His Ever-Glorious Qur’an:

“The Hajj (Pilgrimage) is (in) the well-known (lunar year) months (i.e., the 10th month, the 11th month and the first ten days of the 12th month of the Islamic calendar, i.e., two months and ten days). So whosoever intends to perform Hajj therein (by assuming ihram), then he should not have sexual relations (with his wife), nor commit sin, nor dispute unjustly during the Hajj. And whatever good you do, (be sure) Allah knows it. And take a provision (with you) for the journey, but the best provision is at-taqwa (piety, righteousness). So fear Me, O men of understanding!” (Al-Baqarah 2:197)

Hence, pilgrims should watch their tongue and keep away from nonsense and empty debates. They should also abstain from violating prohibitions or harming anyone or anything. Also, maintaining patience keeps them alert all the time to any breach or violation by any of their senses.

As pilgrims should keep away from all these bad things, they should at the same time do their best to acquire as many good deeds as they can. So they should perform as many of the acts of worship as they can.

All these things and more can be understood from the aforementioned Qur’anic verse. Any lapse done in the precinct of the Sacred House, however slight or trivial we may deem it, is a violation that should be avoided. Allah Almighty says:

“And whoever inclines to evil actions therein or to do wrong, him We shall cause to taste from a painful torment.” (Al-Hajj 22:25)

It was related that once when `Abdullah ibn `Umar was arguing with his wife, he went out of the precincts of the Sacred House. When asked why he had done so, he replied, “I do this to conform with Allah’s saying [and whoever inclines to evil actions therein or to do wrong, him We shall cause to taste from a painful torment].”

The Prophet’s Companions used to honor Allah’s symbols to this great extent, venerate the Sacred House, and avoid anything related to argumentation or controversy in any way, even if it were permitted.

In this way they deserved to aspire for their Hajj to be accepted by Allah!

After pilgrims properly finish all the prescribed rites—while cloaking themselves with the best of all manners, committing themselves to the Sunnah of the Prophet, and devoting all their movements and even their silence to Allah alone—they still have some things to observe after returning to family and property. This makes their Hajj a never-ending ritual, even if they never perform it again in their life. This can be explained as follows:

1 – During Hajj, the pilgrims have attained a great dose of taqwa (piety), and hence, after their return they should be in constant fear of Allah and His mighty status. They should observe all their moves in order not to violate any of the rules set by Allah the Almighty to guide humanity to the right path.

2 – Throughout Hajj, the pilgrims should have realized the reality of tawheed (oneness of Allah). Thus after their return they should sincerely observe the following:

a. invoke none but Allah;

b. seek refuge from none but Allah;

c. ask no one but Allah for everything;

d. make oaths in no one’s name but Allah’s;

e. dedicate vows only to Allah;

f. recognize that legislation is the right of Allah alone.

On the contrary, if pilgrims return with any sort of lack or distortion in their creed, they have learned nothing from that magnificent journey.

3 – It is the responsibility of each and every pilgrim to observe the moral code observed during Hajj. So if, before going on Hajj, any were reluctant to abide by the best of all manners, they should, after their return, be more committed and constant in observing the moral system of Islam, which is a unique and distinguished one.

At the end, there is one remaining question: What is the value of an accepted Hajj, a Hajj mabrur?

To answer this question, let’s recall only three Prophetic hadiths.

Abu Hurayrah narrated: Allah’s Messenger said, “Whoever performs Hajj to this House (Ka`bah) and does not approach his wife for sexual relations nor commits sins (while performing Hajj), he will come out as sinless as a newborn child” (Al-Bukhari).

`A’ishah narrated that she said, “O Allah’s Messenger! We consider jihad as the best deed. Should we not fight in Allah’s cause?” He said, “The best jihad (for women) is Hajj mabrur” (Al-Bukhari).

I do not think I need to add anything to this. What can anyone say after the Prophet (peace and blessings be upon him) says and teaches?

But what does all this mean? It means that pilgrims must spare no effort in adhering to these criteria and observances in order to render their Hajj valid and acceptable by Allah. If these criteria were not met while they are performing the rituals, their Hajj will be nothing more than one similar to the pilgrimage the polytheists used to perform in pre-Islamic times and it will bear no fruits whatsoever.

Would anyone like to go on Hajj—with all the difficulty and tremendous expenses of the journey—and come back empty-handed, without any reward from Allah? I doubt it.

4 – For Our Ummah to Regain Its Memory by Dr. As-Sayed Rizq At-Tawil (Arabic).

Dr. Ali Al-Halawani is an Assistant Professor of Linguistics and Translation, Misr University for Science & Technology (MUST); Former Editor-in-Chief of the Electronic Da`wah Committee (EDC), Kuwait; Former Deputy Chief Editor and Managing Editor of the Living Shari`ah Department, www.islamOnline.net; Member of the International Union of Muslim Scholars (IUMS); and member of the World Association of Arab Translators & Linguists (Wata). You can reach him at alihalawani72@hotmail.com.