Every year millions of Muslims in Makkah are going through various stages of their life-changing pilgrimage experience. The billion and a half remaining Muslims who didn’t go to Hajj are busying themselves in preparation for `Eid Al-Adha (Festival of Sacrifice), which marks the end of Hajj. 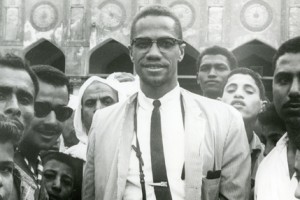 “Never have I witnessed such sincere hospitality and overwhelming spirit of true brotherhood as is practiced by people of all colors and races here.”

`Eid Al-Adha is one of the two most important days of celebration in the Islamic calendar. It is in many ways a Muslim Christmas, for like Christmas it features joyful celebrations in all Muslim-majority societies.

Hajj, the Muslim pilgrimage to Makkah that has been going on annually for the last 1,400 years, is one of the five pillars of Islam. It is a once-in-a-lifetime religious duty that all Muslim women and men of all ethnic and racial backgrounds yearn to complete, provided that they are able to do so.

So, as part of this great Islamic tradition, millions of believing women and men are traveling to the holiest sites of Islam, following in the footsteps of the Prophet  Abraham, his pious and God-fearing wife Hagar and their son Isma`il (Ishmael). Muslims of all possible backgrounds, including thousands of American Muslims, are performing Hajj as they connect with one another in the oneness of humanity. Hajj is very often a powerful and transformational, mountaintop kind of experience for people who take this daring journey. People often come back changed for the better and strive harder to live a more ethical and moral life.

Instead of what Hajj is or is not, I want to briefly reflect on what is to me one of the most powerful Hajj stories that speak to the heart and spirit of Hajj very eloquently. One American’s personal transformation through his Hajj experience changed the course of his personal history, and the history of his community, his country and beyond. I say ‘beyond’ because I have heard this American Muslim’s moving Hajj story over and over again, and it has made an impact on my life since my youth growing up in Turkey in the early 1980s.

The charismatic and passionate leader of the nation of Islam, Malcolm X, took his Hajj journey in 1964 when the United States – then racially segregated – was going through the extremely challenging chapters of national racial tension and conflict.

Malcolm left the then-segregated U.S. as one of the most controversial and influential African-American leaders of that time. Even today, Malcolm is accused of having preached black supremacy, racism, and violence. His advocacy for total separation of black and white Americans put him in an entirely separate category from the other iconic leaders of civil rights movements.

Pre-Hajj Malcolm passionately believed that blacks and whites could not live together harmoniously and that non-violence was not the way to achieve what he thought black Americans deserved as equal but oppressed citizens of the U.S. He never hid his intense anger and resentment toward the white race as he held them responsible for the unspeakable violations of human rights against black people that went on for centuries.

Amazingly, he came back from his Hajj journey as a new Malcolm. The transformational power of Hajj changed him, his convictions and his aspirations. He couldn’t wait until he got back to the U.S. to share this change with his followers. In his famous “Letter from Hajj”, he informed his followers about the unexpected but irreversible changes that took place in his heart and mind as he went through his spiritual journey at the holy sites of Islam. He expressed his immediate shock and surprise in the following words:

“Never have I witnessed such sincere hospitality and overwhelming spirit of true brotherhood as is practiced by people of all colors and races here in this ancient holy land, the home of Abraham, Muhammad and all the other prophets of the Holy Scriptures. For the past week, I have been utterly speechless and spellbound by the graciousness I see displayed all around me by people of all colors … from blue-eyed blondes to black-skinned Africans. But we were all participating in the same ritual, displaying a spirit of unity and brotherhood that my experiences in America had led me to believe never could exist between the white and non-white.”

In his powerful testimony, he told his fellow Americans what kind of Malcolm he would be upon returning to the United States. “You may be shocked by these words coming from me,” he wrote.

“But on this pilgrimage, what I have seen, and experienced has forced me to rearrange much of my thought-patterns previously held, and to toss aside some of my previous conclusions. … Each hour here in the holy land enables me to have greater spiritual insights into what is happening in America between black and white.

“The American negro never can be blamed for his racial animosities – he is only reacting to four hundred years of the conscious racism of the American whites. But as racism leads America up the suicide path, I do believe, from the experiences that I have had with them, that the whites of the younger generation, in the colleges and universities, will see the handwriting on the walls and many of them will turn to the spiritual path of truth – the only way left to America to ward off the disaster that racism inevitably must lead to.”

His entire letter is worth reading and reflecting upon in this season of Hajj. It still sparks inspiration and wisdom for us all. Post-Hajj Malcolm’s amazing impact on our recent history requires another column. For now, may we receive so many more transformed new Malcolms after thousands of American Muslims perform their Hajj journey.

Abdullah Antepli is the Muslim Chaplain, Duke University and an Adjunct Faculty of Islamic Studies.