Islam condemns the abuse of power, position and authority to obtain personal gains. In fact, Islam empowers the ruler to reclaim all assets taken through abusive means and deposit them into the Islamic treasury. But what rights do humans have in Islam? 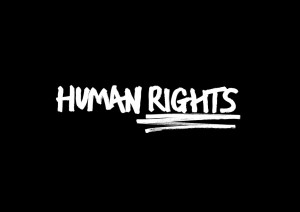 In Islam it is not allowed to be unjust with anyone, even to one’s own self.

Allah’s Messenger (peace be upon him) appointed a man called Ibn-ul-Lutbiyyah, as a zakah collector. When the collector brought the zakah amount, he said: This is for you (the Islamic Treasury) and this has been given to me as gifts. The Prophet became very upset upon hearing this from the collector. He said:

“Where he is sitting in his father’s or mother’s house, would  he have received any of these gifts? By Him in Whose hands is my soul, nobody would take anything from this except that he would be carrying it on his neck on the Day of Resurrection, even if it be a camel. Then he raised his hands until we saw the whiteness of his armpits and said: “ O Allah! Bear witness that I have conveyed the Message three times.” (Al-Bukhari and Muslim)

Islam prohibits all forms of intoxicants that affect the minds or brains of users. It is commanded in the Qur’an:

O you who believe! Intoxicants and gambling, (dedication to) stones, and (divination by) arrows, are an abomination of Satan’s handiwork: eschew such (abomination), so that you may prosper. (Al-Ma’idah 5:90)

All types of injuries to a person or animal such as beating and other vices such as backbiting, tattle-telling, false testimony, etc. are also prohibited. The verse in the Qur’an warns:

O you who believe! Avoid much suspicion, indeed some suspicions are sins, and spy not, nor backbite one another. Would any of you like to eat the flesh of his dead brother? Nay, you would abhor it. And fear Allah, for Allah is Oft-Returning, Most-Merciful. (Al-Hujurat 49:12)

Being Human in Islam: Dignity

It upholds the dignity and honor of others and forbids slandering them. The Almighty Allah states in the Qur’an:

And those who annoy believing men and women undeservedly, bear (on themselves) a calumny and a glaring sin. (Al-Ahzab 33:58)

In Islam great importance is given to the privacy of a person and any type of intrusion is prohibited. Allah states in the Qur’an:

If you find none in the house, enter not until permission is given to you; if you are asked to go back, go back: that makes for greater purity for yourselves and Allah knows all that you do. (An-Nur 24:27)

Justice is one of the basics of the religion of Islam. It is not allowed to be unjust with anyone, even to one’s own self. Allah commands in the Qur’an:

Allah commands justice, the doing of good and liberality to kith and kin, and He forbids all shameful deeds and injustice and rebellion, He admonishes you that you may take heed. So fulfill the Covenant of Allah when you have entered it, and break not your oaths after you have confirmed them, indeed, you have made Allah your surety; for Allah knows all that you do. (An-Nahl 16:90-91)

In addition, in a hadith qudsi (divine revelation other than the Qur’an), Allah says:

“My slaves! I have banned injustice for Myself. I have declared injustice unlawful among you. Therefore, do not do any act of injustice to one another.” (Muslim)

In fact, Allah disapproves injustice done even to those who differ with Muslims in faith and religion. Allah has demanded Muslims to be kind and fair to non-Muslim residents in an Islamic State. Allah states in the Glorious Qur’an:

Allah forbids you not with regard to those who fight you not for (your) Faith nor drive you out of your homes, from dealing kindly and justly with them: Verily Allah loves those who are just. (Al-Mumtahanah 60:8)

Islam forbids abusing the beliefs of non-Muslims, when it provokes the other party to respond with reciprocal abuse. The Allah says:

Revile not you those whom they call upon besides Allah, lest they revile Allah out of spite in their ignorance. (Al-An`am 6:108)

Instead, Allah  instructed Muslims to use a fair and well-matured dialogue with such people: Allah says:

Say: “O People of the Book! Come to common terms between us and you: that we worship none but Allah; that we associate no partners with Him; that we erect not, from among ourselves, Lords and patrons other than Allah. If then they turn back, say you: “Bear witness that we are Muslims (submitting to Allah’s Will). (Aal `Imran 3:64)

Islam, further, bans all types of social, political and moral corruption and mischief. It is commanded in the Qur’an:

Do no mischief on the earth, after it has been set in order, but call on Him with fear and hope, for the Mercy of Allah is near to those who do good. (Al-A`raf 7:56)

Islam forbids the conversion of non-Muslims to Islam by force. Allah states in the Qur’an:

If it had been your Lord’s Will, they would all have believed, all who are on earth! Will you then compel mankind against their will to believe! (Yunus 10:99)

This does not mean that Muslims should not call others to join the Islamic monotheistic faith by delivering the Message of Allah to people but indicates that Muslims should call to Islam in a wise, kind and comely manner. Islam has an international mission and it is neither a regional nor ethnical call. But the guidance is in the Hands of Allah alone and not in the hands of people. 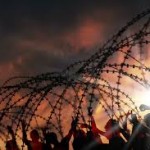 Islam commands people to assist an oppressed person even with the use of force when necessary.

Islam commands people to run their governments with consultation. The principle of consultation is operative in situations where there are no clear scriptures from the Qur’an and Sunnah. Allah states in the Qur’an:

…their affairs are conducted by mutual consultation…  (Ash-Shura 42:38)

Islam commands that all relative rights be given to their deserving people. Islam also calls for full justice among people.

The Almighty Allah states in the Qur’an:

Allah does command you to render back your T rusts to those to whom they are due; and when you judge between man and man, that you judge with justice: verily how excellent is the teaching which He gives you! For Allah is He Who hears and sees all things. (An-Nisaa’  4:58)

Islam commands people to assist an oppressed person even with the use of force when necessary. This is based on the verse in the Qur’an, the meaning of which is translated as:

And why should you not fight in the cause of Allah and of those who, being weak, are ill-treated (and oppressed)? Men, women, and children, whose cry is:

Source: The article is an excerpt from the author’s book “Human Rights in Islam and Common Misconceptions”.