Our bodies have enemies, which we are unable to see and may not even be aware to exist. We also have an army that expertly protects us against all forms of external threat and is constantly on guard: our “immune system!” You will see in this film that the intelligence which prevails in this system belongs to Allah. 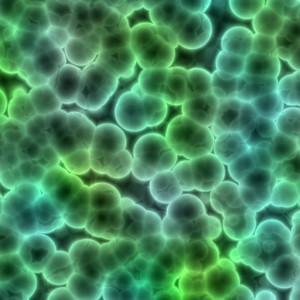 The Miracle of the Immune System

One of the most important factors for the continued existence of any country is its defence capability. As a nation, it must be in a constant state of preparedness to face all kinds of threats and dangers from external and internal sources. No matter how well developed and advanced a country may be, if it fails to defend itself, it could be brought to ruin with the launching of even a minor military offensive against it, or even a well-directed and unanticipated terrorist act. In the face of such threats, neither its natural resources, its technological prowess, not its economy will be of any avail. If the country in question is unable to defend itself, it may even cease to exist.

This is one of the reasons why significant amounts of the national income is regularly allocated to defence; nowadays, armed forces have to be provided with the most advanced weaponry, tools and equipment fitted with the latest technological features, and meticulous training has to be given to soldiers in an all-out attempt to keep defence systems fully functional.

No less than countries, people too have to be concerned about their defence, if they want to lead a healthy and peaceful life. They inevitably have to protect themselves and their possession against criminal acts, such as theft and murder, as well as against natural disasters, such as accidents, fire, earthquakes and floods.

But this is not the end of the matter. Human beings have other enemies, which go unseen by them and, as such, are often ignored. Actually, these enemies are much more resilient than the others. Serious measures must, therefore, be taken to guard against them.

Who, or what then these enemies that keep human beings under constant threat?

They are bacteria, viruses, and similar microscopic organisms, which may exist in the water we drink, the food we eat, the house we live in, and the office where we work. In essence, they are everywhere.

Most interestingly, in spite of being surrounded by such a serious threat, we make no effort whatsoever to protect ourselves against it. This is because there is a mechanism within our bodies, which undertakes this task on our behalf, providing the necessary protection for us, without causing us the slightest disturbance. This is “The Defence System”.

It is one of the most important and amazing systems operating within our bodies, for it undertakes one of the most vital missions of life. We may not be aware of it, but all the elements of the immune system protect our bodies just like the soldiers of a huge army. The defence cells that protect the human body against invaders, such as bacteria, viruses, and similar micro-organisms, are equipped with extraordinary abilities. The patterns of intelligence, effort, and sacrifice, which these cells display during the war they wage in the body, astonish everyone who learns about them.

People in general would like to know what makes them ill, how illnesses take complete control of their bodies, what causes fever, fatigue, pain in their bones and joints, and which processes take place in their bodies throughout their illnesses.

The main purpose of this book is to explore how this system, which protects the human body just like a disciplined, organized army, has come into being and how it works.

These two points will lead us to very important conclusions. First, we shall together witness the uniqueness and the perfection in Allah’s creation. Second, we shall observe what contradictions the theory of evolution, a superstitious belief having no verification whatsoever, includes within its own reasoning, and on what an unsound basis it was erected.

Before proceeding to the main topic, it will be useful to state another important point: In books on the immune system, you will often see statements such as:

“Research on the topic is under way …”

“According to a theory…”

These statements are actually important confessions. These are expressions of the helplessness people experience at the outset of the 21st century — even with all the latest technology and accumulated knowledge at their disposal — in the face of the miraculous work these tiny cells accomplish. The tasks achieved by these microorganisms include such intricate operations that the human mind can barely grasp the details of this well established system. There is obviously a secret wisdom hidden in the immune system which eludes man’s understanding. As you read this book, you will witness the superiority of this wisdom, hidden both in your cells and in other details pertaining to your body. The ultimate conclusion is that this could only be the wisdom of a supreme “Creator”.

Science may one day succeed in solving all the secrets of the immune system and even produce a similar artificial system by imitating the actions of these cells. No doubt, this task will require highly educated professionals using the most sophisticated technology and instruments available, working in highly advanced laboratories. The most important point here is that the accomplishment of such a task would once again invalidate the theory of evolution, proving that such a system cannot originate by coincidence.

The likelihood of the spontaneous development of a mechanism such as the defence system currently seems too remote. As scientists unravel the secrets of this system, they are enthralled by the design they encounter. The points that are revealed lead to many other questions, which make the wisdom and consciousness in the cell all the more apparent. Therefore, it has become very clear that the defence system, like all the other systems in the body, could not have developed gradually, just by chance, as suggested by the theory of evolution.

The main purpose of this book is to introduce you to these “brave warriors” within you, while also proving to you that this mind-boggling system is a special sign of creation. In relation to this, we will see how the scenarios formulated by the theory of evolution are demolished and rendered meaningless when faced with the facts. The topic which will be particularly highlighted here, is not the biological details of the defence system, which are easily accessible in any book of biology or medicine, but the miraculous aspect of the system. We have especially avoided the unnecessary use of biological and physiological terms in order to make the contents of the book easily understandable to readers of all ages and professions.

Lastly, we want to remind you that even now, you are totally indebted to your defence system if you are able to read this book peacefully, without being infected by the microbes all around you. Had the immune system not existed in your body, you would never have been able to read this book, having left this world even before you learned reading and writing.