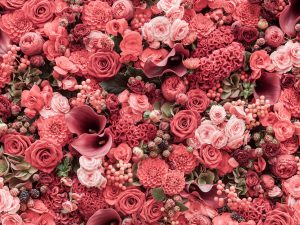 Words like “beaten,” “repressed” and “oppressed” are bandied about by the Western media in a desperate attempt to convince the readers that women in Islam have no rights.

For centuries, Muslim women in all corners of the world have been aware of the liberation that is achieved by adhering to the concept of hijab.  Current world events have once again brought the issue of women’s liberation in Islam to the forefront of people’s minds.

Can a Woman Who Adheres to Hijab Be Liberated?

Can a religion that considers morality to be a part of faith clearly define the equality of men and women and their rights and responsibilities?  The answer is a resounding “yes.”  In a day and age when the basic tenets of Islam are being questioned by Muslim and non-Muslim alike, we must be cautious when evaluating Islam.

The general picture that is painted by the media is biased and unsubstantiated.  The impression that some Muslims give to the world is often not a true reflection of the religion, one that is the completion of all religions.  Islam, the religion for all people in all places and times, which takes the equality of men and women very seriously.  It sees the liberation of women as essential and considers modesty, good character, and manners to be the way to achieve such liberation.

Too often, the image of a covered woman is used to represent what much of the world views as oppression.  Her very existence is described in terms that convey ignorance and unhappiness.  Words like “beaten,” “repressed” and “oppressed” are bandied about by the Western media in a desperate attempt to convince the readers that women in Islam have no rights.  Descriptive and intrinsically oppressive terms such as “shrouded” and “shackled” are used to portray an image of women who have no minds and who are the slaves or possessions of their husbands and fathers.  In the 19th century, T. E. Lawrence described women in Arabia as “death taking a walk,” and from that time forward, the true status of women in Islam has been shrouded by misunderstanding.  The truth about women and Islam is far from this melodramatic portrayal.

Over 1,400 years ago, Islam raised the status of women from a position of oppression to one of liberation and equality. In an era when women were considered possessions, Islam restored women to a position of dignity.

In order to gain a true insight into the real and lasting liberation that Islam guarantees women, we must first examine the concept of liberation as viewed by the West.  In Western countries where liberation encompasses unlimited freedom, many women are actually finding themselves living lives that are unsatisfying and meaningless.  In their quest for liberation, they have abandoned the ideals of morality and stability and found themselves in marriages and families that bear little resemblance to real life.

What is liberating about working all day and coming home at night to the housework? What is liberating about having babies who, at six weeks old can be deposited in childcare centers to learn their behavior and morality from strangers?  Girls as young as 6 years old have been diagnosed with eating disorders, teenage pregnancy is rampant, and women who choose to stay at home to raise their families are viewed as old fashioned or unemployable.

Women in the West are liberated: liberated to the point that they are no longer free to choose the life that is natural for them.  They are free only to choose from the selection of consumer goods offered to them by their masters.  The so-called liberated women of the West have become slaves.  Slaves to the economic system, slaves to the fashion and beauty industries, and slaves to a society that views them as brainless machines, taught to look desirable, earn money, and shop.  Even the career woman who has managed to push her way through the glass ceiling is a slave to the consumer society, which requires her to reside in a spacious house, wear only the latest designer clothes, drive a luxurious car, and educate her children at the most exclusive and expensive schools.

The natural inclination of women is to please, comfort, and support their men: their husbands, fathers, brothers, or sons.  The natural inclination of men is to protect, support, and provide for the women lawfully in their lives: wives, mothers, sisters, and daughters.  Islam, the only true religion and infallible guide to life, requires that we follow such natural inclinations.  It allows us to abandon ideas that are intrinsically foreign to human nature and supports us in developing and sustaining natural family relationships that spread out to form part of the wider Muslim community.

A Muslim woman knows her place in society and knows her place in the family infrastructure.  Her religion is her first priority; therefore, her role is clear-cut and defined.  A Muslim woman, far from being oppressed, is a woman who is liberated in the true sense of the word.  She is a slave to no man or to any economic system; rather, she is the slave of God.  Islam clearly defines women’s rights and responsibilities spiritually, socially, and economically.  Islam’s clear-cut guidelines are empowering; they raise women to a natural and revered position.

Women in Islam have no need to protest and demonstrate for equal rights.  They have no need to live their lives aimlessly acquiring possessions and money.  With the perfection of Islam as the natural and only true religion came the undeniable fact that women and men are equal, partners and protectors of one another.

“So their Lord accepted from them; Never will I allow to be lost the work of any of you, be they male or female. You are of one another; so those who emigrated or were driven out from their homes, who suffered harm in My cause, and fought and were killed, I will verily expiate from them their evil deeds and admit them into gardens under which rivers flow: a reward from God; and with God is the best rewards.” (Al `Imran 3:195)

“And whoever does righteous good deeds, male or female, and is a true believer in the Oneness of Allah, such will enter paradise; and not the least injustice, even to the size of a speck on the back of a date stone, will be done to them.” (An-Nisa’ 4:124)

Women in Islam have the right to own property, to control their own money or money that they earn, to buy and sell, and to give gifts and charity.  They have formal rights of inheritance.  They have the right to an education; seeking and acquiring knowledge is an obligation on all Muslims, male or female.  Married Muslim women are completely free from the obligation of supporting and maintaining the family, yet may work if they wish too.

Islam teaches that the family is the core of society.  In Western cultures, the fabric of society is being torn apart by the breakdown of the family unit.  It is in these crumbling communities that the call for the liberation of women arises.  It seems to be a misguided and feeble attempt to find a path of security and safety.  Such security is available only when the human being turns back to God and accepts the role for which he or she was created.

Liberation means freedom, but not the freedom to do as one pleases.  Freedom must never be at the expense of oneself or of the wider community.  When a woman fulfills the role for which she was created, not only is she liberated but she is empowered.

The modestly dressed or covered woman you see in the street is liberated.  She is liberated from the shackles that have tied the feet of her Western counterparts.  She is liberated from the economic slavery of the West, and she is liberated from the necessity of managing a house and family without the support of her husband or the help of a wider community.  She lives her life based on divine guidelines; her life is filled with peace, happiness, and strength.  She is not afraid of the world, but rather embraces its tests and trials with patience and fortitude, secure in the fact that true liberation is only achieved by full and willing submission to the natural order of the universe.

Oppression is not defined by a piece of material, but rather by a sickening of the heart and a weakening of the mind.  Oppression grows in a society that is crumbling because its members have lost sight of the true purpose of their existence.  Liberation arises and takes root in a society that is just, cohesive, and based on natural order and divine guidelines.  Islam is such a society, and this is what makes a Muslim woman is liberated.

Aisha Stacey is an Australian revert to Islam. She currently spends her time between Australia and Qatar. Aisha works as a writer at the Fanar Cultural Islamic Centre in Doha, Qatar while studying for an Arts/Psychology degree.