– A Muslim Scholar and Writer 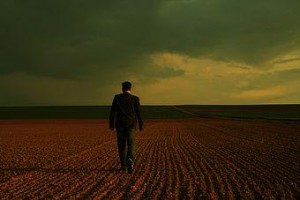 There is no god but one God and Muhammad is the Prophet of God: this simple sentence is the bedrock of the Islamic creed.

God is the Creator. To Him alone, therefore, as his only Lord and Master, man must submit his entire being:

That then is God, your only Lord; there is no god but He, the Creator of everything. So Him Alone serve. (Al-An’am 6:102)

God is the only true Provider. It is He who has bestowed on man such faculties and capabilities as seeing, hearing, thinking and articulating-attributes which man cannot live without, but which he cannot create for himself.

It is He who has made available the resources of the external world which man may discover, exploit and develop but, again, cannot create.

Yet surely man’s greatest need is to know how to live his life so as to fulfill successfully the purpose of his creation; how to relate himself to his Creator, to his own self, to his fellow human beings and to everything around him. To Him alone he must therefore turn to seek guidance.

For there is no one apart from or beside Him who can truly provide answers to man’s eternal questions or is capable of guiding him. All else can only be speculation and conjecture.

And why should the one who has provided even for man’s most trivial material needs not also have provided for his more important moral and spiritual needs? (10: 35-6;42: 21)

It was to provide for this greatest human need that God sent His Prophets from amongst men in all ages and to all nations, bringing them the light of the divine guidance revealed to them.

Among them were Adam, Noah, Abraham, Moses and Jesus. And Muhammad was the last of them, in no way different or new. May God bless all of them. (42: 13)

Man’s relationship to God is expressed by the very word ‘Islam’ submitting to Him by following His will and guidance as brought by His Prophets. But this submission must be total and all-embracing. A Muslim submits his entire ‘person’ to his Creator as his only Lord and Master. No part of his life can be exempt from the need of divine guidance or from the writ of divine sovereignty.

God and His lordship and sovereignty are indivisible; and so is man’s life in its submission to Him.

It would indeed be an imperfect God who could only be experienced or related to in the realm of the spirit or the provision of material needs like one’s daily bread – a God unconcerned, uncaring or incompetent to help man in the more arduous and complex task of living his life. Him he worships; Him he invokes; Him he depends upon; Him he trusts; Him he seeks; and, equally important, Him he obeys.

Man has been given the freedom to reject God; but, once having accepted Him, he must follow His guidance. He is not free to follow one part of it and ignore another, nor to seek guidance from sources other than God. Denial of part is denial of the whole. (2: 85; 3: 83, 85)

In its fullest sense, the Shari`ah is therefore virtually synonymous, and can be used interchangeably, with the word deen, which can only inadequately be translated as ‘religion’. Deen literally means ‘way of life’, ‘submission’, ‘following’ or the ‘Way’. Though the word Shariah in its various derivative forms is found in five places in the Qur’an, its extensive use only came into vogue much later; for the words Islam and deen were more commonly employed to express the same meaning in the early days of Islam.

The Shari`ah includes both faith and practice. It embraces worship, individual attitude and conduct as well as social norms and laws, whether political, economic, familial, criminal or civil.

It may also sometimes be used to imply, in a more restricted sense, do’s and don’ts – the rules and regulations for conduct and behavior.

Lastly, it is also used as the equivalent of the Islamic laws.

The Shari`ah is nothing less than the divinely ordained way of life for man. To realize the divine will, man must follow the Shariah. To live in Islam is to live according to the Shari`ah.

To give up the Shariah or any part of it knowingly, willfully or deliberately is to give up Islam.

A Muslim must therefore do his utmost to observe and to implement the whole of it, wherever and in whatever situation he finds himself. Hence, the Muslim insistence, persistence, commitment, and passion for it.

The act of total submission to God in accordance with the Shariah given by Him in no way diminishes human dignity, freedom and responsibility. The act of submission is the highest act of human volition and freedom, for it implies freedom to disobey God. Indeed, in submitting to God, all the chains and shackles of every form of serfdom, servility and bondage are broken, whether they be to other men, to ideas, to nature, to man- made objects or to institutions. For before the affirmation of one God must come the forsaking of every false god.

More importantly, total submission to God elevates man to the state of vice-regency, whereby he is accorded the highest place on earth by being endowed with reason, articulation, volition, freedom and responsibility. The responsibility to follow the Shari`ah according to the Qur’an (33: 72), is the fulfillment of amanah, the trust which even the heavens, the earth and the mountains dare not bear.

This article is excerpted from the author’s book “Shari`ah: The Way to God”.