Just a few days remaining from the current (Hijri) year and a new one will start, and such is the course of life. Once man is born, he or she uses up their predestined age. Allah (Glory be to Him) precisely determined everyone’s lifetime. When the life comes to the end, none can prolong it even a second. Allah says: 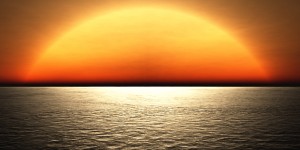 Determine to lead the coming year with success. Try to avoid the mistakes and get rid of unavailing things that waste your time.

When their time has come, then they will not remain behind an hour, nor will they precede (it). (Yunus 10:49)

That limited and exactly determined period of time, one should make use of it and never waste even a second. The Prophet (peace be upon him) stressed on the importance of making use of life before death strikes. He said:

“Make the most of five things before five others: life before death, health before sickness, free time before becoming busy, youth before old age, and wealth before poverty.” (Al-Hakim)

So, it is most required to be keen on utilizing it in good things and not to waste any part of it in what displeases Allah. The Prophet notified of the significance of time and indicated that it is a favor from Allah but most of people are unaware of it. He said: “There are two blessings which many people do not make the most of and thus lose out: good health and free time.” (Al-Bukhari)

On the Day of Judgment, one will be called to account about his life and how he spent it. The Prophet said:

“The son of Adam will not be dismissed from before his Lord on the Day of Resurrection until he has been questioned about five things: his life and how he spent it, his youth and how he used it, his wealth and how he earned it and how he disposed of it, and how he acted upon what he acquired of knowledge.” (At-Tirmidhi)

Undoubtedly, one will be called to account about the passing year and will be questioned about everything he did in it. He will be asked about bad deeds, negligence, imperfect worship, the major and minor sins, etc.

Likewise, one will be praised and rewarded for the good deeds and acts of worship.

Before this moment of reckoning comes, is not better to ask yourself and call it to account before you?

Is not better to review this year and think a while about what you did in it?

I suggest you the following stances to think about to have a good end of this year:

One should constantly express gratitude and thanks to Allah, as He helps and gives us the ability and time to accomplish things. At the year-end, one should be grateful to Allah Who prolonged his life and gave him the time to carry out what he wanted.

A lot of good things, hopes and success of course happened, and one certainly got new friends, achievements and positions. Does not all of this require thankfulness? Just being alive until reading these lines is a blessing that you should thank Allah for. So, you should show gratefulness to Allah for that year.

By the end of year, a businessman usually checks his business to know if he loses or wins. The same should Muslim do. He should review his deed and whether they will make him win or lose Paradise. Ask yourself, “Will your deeds during this year open the doors of paradise or the Hellfire for you?” Allah talks in Surat Al-Mutaffifin about the description of Paradise and after mentioning a number of its attributes and the characteristics of its people He said:

So for this let the competitors compete. (Al-Mutaffifin 83:26)

So, did you win this competition in this year? Will you win the race of Paradise?

By the end of year, one should review one’s knowledge and whether one have learned new things or not.

A full year has now elapsed, but still many things undone. Now, think deeply about the reasons that impeded you from accomplishing them. It would have been better if you already achieved these things.

So, determine to lead the coming year with success. You might have been occupied with fruitless things or pointless reasons. Try to avoid the mistakes and get rid of unavailing things that waste your time. Get prepared for your goals and hopes and do not miss your priorities.

The most favored people are the people of knowledge:

By the end of year, one should review one’s knowledge and whether one have learned new things or not. How many verses of the Qur’an did one memorize? How many hadiths did one learn?

Knowledge is of utmost importance. So, do not miss it.

During the past year, you might have got weak and overwhelmed by desires. Then, you wronged yourself and fell into that which Allah has forbidden. However, Allah’s mercy encompasses all things. Whoever repents after doing wrong, Allah will accept his repentance, for Allah is Forgiving and Merciful.

But whoever repents after his wrongdoing and reforms, indeed, Allah will turn to him in forgiveness. Indeed, Allah is Forgiving and Merciful. (Al-Ma’idah 5:39)

The gate of repentance is open and will continue to be open until the sun rises from the west.

So, finish your year with good repentance.

May Allah forgive me and you and grant us success!