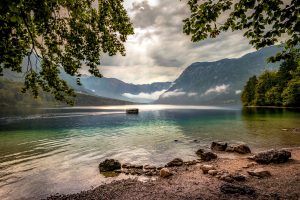 No doubt, Islam is a divine faith revealed by Allah the Almighty Who created the whole universe and beyond to guide all humanity towards the Right Path.

The Qur’an, the Divine Book cherished by Muslims, is a comprehensive book that contains everything ever needed by man to obtain the state of being well satisfied in this present life and the hereafter.

The one who carried the Qur’an to Muslims was Prophet Muhammad (Peace and blessings be upon him) who was sent by Allah to humanity to teach them all about Islam and to show them through practice the innate essence of Islam as a faith and how it can mingle with life to make it far better than ever before.

He was the practical example of Islam with all its principles, morals, ethics and all. Through him, Muslims came to know all about their faith and the sound and only the correct way of worshipping Allah the Almighty. Prophet Muhammad’s traditions and narrations are called hadiths.

Below, you can find a number of articles that deal with the Prophet’s Sunnah, ahadith as well as the compilers and narrators of Hadiths:

The Hadith of Archangel Gabriel

Try to imagine the situation. The Messenger of God, at the time the greatest human being on the face of the earth (as far as his companions were concerned – and the historical record bears them out), is sitting at the edge of an oasis in Medina with a group of his companions,

Significance of Knowing the Narrators of Prophetic Hadith

The narrators of Hadith are the most honourable and respectable Muslims, as they are keepers and preservers of the Prophetic Sunnah. Most of them are the Companions of the Prophet (may Allah exalt his mention) who witnessed the acts and learnt the sayings of the Prophet

The two theories in Aristotle’s time were: (a) the embryo is preformed as a miniature in either the male semen or the female secretion and then grows in the womb; and (b) the embryo is actually formed and created out of the menstrual blood. Aristotle favored the second view,

Al-Bukhari: Master in the Science of Hadith (Part 1/2)

One night, Al-Bukhari (May Allah have mercy on him) had a strange dream that later had a great impact on his life. He saw himself standing before the Prophet(Peace and blessings be upon him), holding a palm-leaf fan in his hand with which he pushed all evil away from the Prophet.

Al-Bukhari: Master in the Science of Hadith (Part 2/2)

The pious mother walked to her son’s room, hardly able to move her feet. When she reached his bed, she was about to wake him up but she hesitated. Her broken heart was beating and she kept tenderly and kindly caressing his head with her shaky hands.

Aishah lived on almost fifty years after the passing away of the Prophet. She had been his wife for a decade. Much of this time was spent in learning and acquiring knowledge of the two most important sources of God’s guidance, the Quran and the Sunnah of His Prophet. Aishah was one of three wives

Abu Hurairah: Master of the Memorizers

Abu Hurairah had an excellent memory and he was able to quickly memorize and did not forget. Ash-Shafi‘i said about him, “He is the person who memorized the most Hadith in his time.” Abu Hurairah, said about himself, “No one knows the Hadiths of the Prophet

What Do You Know About Imam An-Nawawi?

An-Nawawi first studied at the Saramiyyah school in Damascus. This is where his father left him. He had no housing there whatsoever. After some time, he approached the Shaykh of the school to ask if he had any housing, as many of the schools house their students. They had no housing

Malik ibn Anas is especially recognized for his voluminous book ‘Al-Muwatta’, which is said to be the second compilation in Islamic history of religious teachings. It was compiled, according to some historians, in 40 years. Today, that book is still a major guiding authority for millions of Muslims