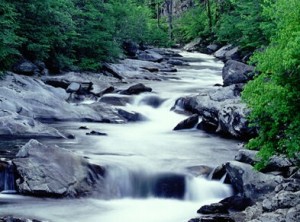 To some people, religion has been a great device to control people throughout ages. They are turned off by all the cruelties and injustice that have been done in the name of religion.

In fact some wash their hands of the existence of God altogether due to their dismay at religion.

They put forth many arguments to support their claims such as:

1- Religion uses the reward of Paradise and threat of Hell as the biggest device to manipulate people. All religions have some kind of reward and punishment.

2- Another technique is setting up rules. This works for some people, as they find comfort in rules and function best this way. They become accustomed to having their lives controlled.

3- People may find comfort in having a father figure controlling them and approving of their conduct. Christianity uses the name “Father” often to replace the name God as another way to personify this need for control. The adherents don’t want to disappoint the “Father”. Also, in other religions God is used as the one who has given them everything and they need to obey.

4- Brainwashing is another device religion uses to bend people into submission. A great speaker, a good writer, a so-called self-claimed prophet, and various methodologies of convincing people to believe a certain way, are all used to brainwash people and have them follow like sheep into a certain direction.

5- Attitude change is also another way of brainwashing in which efforts are made to instill certain attitudes of beliefs into a person, as such that the brainwashed person is broken down and rebuilt into a new person.

6- You must believe this way and this religion to be saved, otherwise, Hell is your destination is also another way of brainwashing the victims. This is specially used in the Evangelical Christian churches, shown as an example in the movie, Jesus Camp.

7- Religion was used to lure innocent young boys into being sex objects for the so-called, holy priests.

8- Parents are notorious for using religion to control every act of their children, claiming that they are building their children’s characters as God-fearing, obedient and humble.

10- Some parents also use religion to talk their kids into arranged marriages, not allowing them to choose for themselves.

11. Religion is used to isolate children and adults from the secular society, thus making them unsociable, ignorant, simple-minded and boring.

12. Religious-raised individuals are unable to mingle and function with average ordinary people. They become too judgmental of others since everyone else will go to Hell and the religious person doesn’t want to be influenced by the disbelievers.

13. Through religion, extremism, intolerance, narrow-mindedness and self exaltation is cultivated.

14. Throughout history, some of the greatest wars and worse human catastrophes have been perpetrated in the name of religion.

15. Powerful people have taken over countries, killed or expelled its inhabitants, claiming the land for themselves, in the name of God or religion.

16. In order to be a properly practicing believer one must give up interests that they have if they are considered to conflict with religion.

The list goes on. A Google search on the topic, showed 139 million entries. This could be almost half the population of the US or that of several countries.

Why are people so negative toward religion? Are they all wrong, ignorant, ungodly and disbelievers? Far from that! They have some very valid points and they don’t have to go far to prove their claims. It is out there for everyone to see, if they are fair and realistic.

So, one may ask the BIG question on this topic: Where is God in this whole picture? Does He even exist?

The answer, according to some people, could be no, yes, maybe with some conditions attached to it.

The person who does not believe that God exists could fall into the category of simple not knowing; having made his own effort to figure out the answer and determine that God does not exist; or merely following others’ ideas in atheism which appealed to him. He could also figure that if God exists, so many injustices won’t happen to the innocent. God could prevent it all, if He did exist. Therefore, He must not exist. Also, some may say, if God does exist, then let Him show me some miracle I could see with my own eyes. If He does not, then, He does not exist. I have to see to believe!

All other categories of believing in God, may be conditional belief in God without necessity of religion, may involve judgments without truly digging into God/religious matters.

It is true that they may have made their judgment based on some of the above reasoning, but the question they may not have asked themselves is: If God exists, is He a just God or did He create humans doomed to violence, bloodshed, evil and tyranny? Did He create humans and then left them on their own to decide what is right and what is wrong? Was He so unjust to leave the criminals unchecked and the oppressed unheard? Would He leave all evil and good face their consequences in this world alone? What about those who have done evil and never faced the consequence of their actions; and what about the oppressed that perished and never found refuge?

The fact that the adherents of some religions were the oppressors and the criminals throughout ages does not put the blame on God, nor the religion itself. To truly judge a religion, one must read the manuscript of the religion itself before judging. Most religions of the world are based on enjoinment of good and prohibition of evil. Nowhere can we find a God-given religion that orders the opposite.

So far, we explored the injustice done by humans in the name of religion. We began to differentiate between human’s actions and God’s role with humanity and asked: How did God impart guidance to humankind?

We find the answer easily! God chose prophets from among all nations to convey His guidance of essential issues like codes of conduct, worship and other elements, knowledge of which is necessary for humans to live a peaceful life and coexist with others. He further made the awareness of reward and punishment as a necessary part of one’s belief, not for the sake of control as stated above, but to show His justice. Man must know that his action will not go unchecked and that every action, thought and intention is recorded and compensated with reward and punishment, some in this life, but all in the afterlife.

One might say, anyone could impart certain codes of conduct that appeals to human logic, why should we believe it was God that gave it?

To answer this, we may have to pay attention to the first of God’s commandments. This is what sets His rules apart from that of Human beings with all the good intentions.

From the time of Prophet Noah (peace be upon him) which was approximately the tenth generation after the creation of Adam, people innovated the dogma of joining others in worship along with God. It was this time, according to history, that idol worshipping started and has continued ever since.

Thus, God has been sending Prophets and Messengers to humankind in order to invite them to the worship of Him alone; to order them not to ascribe partners unto Him and bring them out of the darkness of polytheism and into the light of Monotheism. This was their first task, followed by various codes of belief and conducts for successful and peaceful living as mentioned above.

Although the following verses are from the Quran, the Book of Muslims and non-Muslims may not be familiar with its authenticity, the general comparison of such messages with that of other prophets would prove accuracy of the nature of the message.

God reminds us in numerous verses in the Quran the similarity of His message preached by His prophets throughout ages:

Indeed, We sent Nooh (Noah) to his people and he said: ‘O my people! Worship Allah! You have no other Ilaah (God) but him. (Laa ilaaha ill Allaah, none has the right to be worshipped but Allah). Certainly, I fear for you the torment of a great Day!’ (Al-A’raf  7: 59)

And to ‘Aad (people, We sent) their brother Hood. He said: ‘O my people! Worship Allah! You have no other Ilaah (God) but Him. (Laa ilaaha ill Allaah, none has the right to be worshipped but Allah). Will you not fear (Allah)?’ (Al-A’raf 7: 65)

And to (the people of) Madyaan (Midian), (We sent) their brother Shu’ayb. He said: ‘O my People! Worship Allah! You have no other Ilaah (God) but Him. (Laa ilaaha ill Allaah, none has the right to be worshipped but Allah). Verily, a clear proof (sign) from your Lord has come unto you, so give full measure and full weight and wrong not men in their things, and do not make mischief on the earth after it has been set in order, that will be better for you, if you are believers.’ (Al-A’raf 7: 85)

And to Thamood (people, We sent) their brother Saalih. He said: ‘O my people! Worship Allah! You have no other Ilaah (God) but Him. (Laa ilaaha ill Allaah, none has the right to be worshipped but Allah).’ (Al-A’raf 7: 73)

And verily, We have sent among every Ummah (community, nation) a Messenger (proclaiming): Worship Allah (Alone) and avoid (or keep away from) Taaghoot (all false deities etc. do not worship Taaghoots besides Allah). (An-Nahl 16: 36)

So the aim of sending these Prophets and Messengers to mankind and jinn was only that they should worship God alone, as God says:

And I (Allah) created not the jinn and men except they should worship Me (Alone). (Adh-Dhariyat  51: 56)

Yet, every Prophet was sent unto his own nation for their guidance, but the Message of Prophet Muhammad, the last messenger, was general for all mankind and jinn (a being created from smokeless flames).

And to worship God means to obey Him and to do all that He has ordained, and to fear Him by abstaining from all that He has forbidden. Then those who obey God will be rewarded with Paradise, and those who disobey Him will be punished in the Hell-fire.