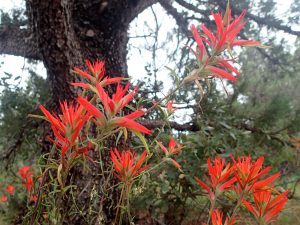 Introspection: Demand of the Time

According to the Qur’an a nation cannot hope to recover from its abyss unless it changes its inner self (called (Nafs) by the Qur’an). Stopgap measures or doing patch-up job only to treat the symptoms (as many Muslim leaders seem to advocate) would only prolong suffering and would not cure the disease. A nation needs a fundamental change in its outlook, in its psychology, and in its attitude if it truly wants to change its destiny. The Qur’an says: “Allah does not change the condition of a people unless they change their inner selves.” (Ar-Ra`d: 11) This is Allah’s law of change (Al-Anfal : 53).

This change is required because a people going through a period of downfall suffer from slavish mentality: “They have hearts wherewith they understand not, eyes wherewith they see not, and ears wherewith they hear not. They are like cattle, – nay more misguided: for they are heedless (of warning).” (Al-A`raf: 179) [Yusuf Ali]

Our individual scientific achievements, although worthy of appreciation, are without a central cohesive organization and really do not count much as far as recapturing the Muslim nation’s lost glory is concerned. These individual Muslim achievements are part of the grand scheme of whatever organization (for example, NASA) they may happen to be working for. For Muslim scientific achievements to be effective (like producing their own space shuttle), there needs to be an organizational structure that is organically related to the body of the Muslim Ummah, which possesses unique life of its own and not dependent on others.

Shift Needed in Purpose and Mindset

One way to achieve glory in science is through the philosophy of secularism being practiced by the West. The West achieved its scientific prowess only after giving God and Caesar their separate dues, and by assigning them two separate arenas of human thought: one for scientific thinking – done by people of science, and the other for religious thinking – done by people of religion. One was not allowed to interfere with the other. Religious people took charge of the Church and its hierarchy, and the science people took charge of Science and its hierarchy – resulting in polarized society.

Contrary to the approach practiced by the West, the past glory of Muslims in Science was not the result of separation of science and religion. Those revolutionary Muslim scientists were truly devoted to Islam while carrying out their scientific studies. There were no contradictions between their scientific thinking and their Islamic thinking. In fact, the driving force behind their scientific discoveries was the Qur’anic command to observe the signs of Allah spread throughout the Universe (3:189-191, 16:48, 21:30-32, 23:18, 26:7-8, etc.).

Our actions speak louder than our words. Our past actions have brought misery and consequent collapse of our knowledge base.  If all we do is try to preserve our status quo, then how can we expect to recapture the glory of our historic achievements? How can simply repeating words (even if they are Qur’anic words) and performing religious rituals (even if done with sincerity) uplift us intellectually in this world? Intellectual advancement of any community requires hard work, dedication, conviction, commitment, organization, discipline, perseverance, creativity, innovation, and, above of all, unity of purpose and harmony in efforts.

Are we as a Muslim Ummah doing these things or simply claiming to be ‘practicing’ Muslims by performing the five pillars as a ritual while all the time trying—individually—to move up the economic or political or professional ladder? Why would Allah change our condition when we treat Islam as a ritual and are mostly interested in personal advancement? This is simply not the way of Allah. As noted above we need to make some fundamental changes in our outlook and psychology if we are serious about reclaiming our lost knowledge base (13:11).

Reverence of the past is one thing, but blindly following it is quite another. Opening online universities and teaching Muslim youth Fiqh and Shariah in the name of Islam (developed after more 200 years after the Prophet (PBUH)) is certainly not the way to reclaim our knowledge base. The Muslim Ummah must be willing to take some bold steps in its approach to modern knowledge. As Allama Iqbal says:

“The only course open to us is to approach modern knowledge with a respectful but independent attitude and to appreciate the teachings of Islam in the light of that knowledge, even though we may be led to differing from those who have gone before us (page 78). …The teaching of the Qur’an that life is a process of progressive creation necessitates that each generation, guided but unhampered by the work of its predecessors, should be permitted to solve its own problems (Page 134). …False reverence to past history and its artificial resurrection constitute no remedies for a people’s decay. ‘The verdict of history’, as a modern writer has happily put it, ‘is that worn-out ideas have never risen to power among a people who have worn them out.’ The only effective power, therefore, that counteracts the forces of decay in a people is the rearing of self-concentrated individuals. Such individuals alone reveal the depth of life. They disclose new standards in the light of which we begin to see that our environment is not wholly inviolable and requires revision (page 120).” [The Reconstruction of Religious Thought in Islam, page 120]

This poses a real challenge for the Ummah because the established religious hierarchy has historically opposed any such revision. Notwithstanding this opposition, the present tumultuous time is forcing us now in that direction. But the revision which Allama Iqbal is talking about cannot be undertaken without a Muslim intellectual revolution based on proper knowledge.