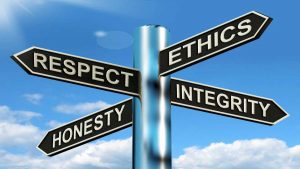 So difficult and complex is the predicament of Muslims nowadays that it, perhaps, has no equal in history. The problems and challenges are ubiquitous and global in character, encompassing all aspects of life.

However, the most critical and so, most systematically targeted are such aspects as are related to spirituality, morality, and education.  The much-talked-about notions of Muslim unity, culture, economy, and politics are but corollaries of the former.

There are many entities in the world which seem to be happy only when Muslims are kept ignorant, divided, disoriented, subdued and when they shed each other’s blood.

To them, it is almost an international crime if a Muslim nation becomes genuinely independent, visionary and start doing well (the recent dramatic and hardly fathomable economic troubles in Turkey are the case in point).

To them, furthermore, it is a convention that Muslims should be perennially impoverished and needy, depending on their support and wherewithal.

Muslims and their countries are to be turned into the dumping grounds for such people’s cultural, intellectual, military and industrial leftovers, and in the worst-case scenario, outright waste.

Muslims are to dominate the news for all the wrong reasons. The dark side of history is to be inscribed predominantly by Muslims and their societies.

Hence, the only way forward for Muslims would be in following especially the West and its cultural and civilizational model. It is there that the end-point of humanity’s sociocultural evolution and the final form of human government will come to pass. As a political and philosophical concept, the “end of history” has thus been increasingly articulated.

Being what they are, they all thrive in the environments of fear, uncertainty, mistrust, and manipulation. They and their existential identities are the antitheses of the true meaning of justice, freedom and the wellbeing of humankind, even though they exist ostensibly for the sake of upholding those beliefs.

The truth is the least wanted thing.

The condition is so dire that one can easily sink into despair, knowing that very little can be done. The unholy schemes are so sophisticated and multi-tiered that they cannot be matched, even partially, by any sincere efforts and strategies of any sincere individuals, groups and governments.

No sooner is a genuine threat detected, than it is emphatically and in unison pounced upon till it is neutralized (again the case of Turkey comes to mind and its carefully crafted and orchestrated “impending destiny”).

Of course, the “pacified”, “docile”, “reformed”, “modernized” and “moderate” Muslims are left alone. Moreover, they are encouraged to carry on and try to win over as many other Muslims as possible.

Numerous local and international institutions and bodies are created, and endless funds and awards provided in abundance for the purpose.

In consequence, being constantly praised and presented with accolades and awards by certain Western entities is anything but a good thing. It may yet signify a certificate of betrayal and “treason”.

Whereas being constantly criticized, condemned and ostracized by the same entities may not necessarily be a bad thing. It may yet denote a certificate of a true form of struggle and sacrifice.

The whole of Islam’s and Muslims’ being is targeted in the process. However, one gets a feeling that the Islamic comprehensive concept of education (epistemology), and everything it entails at all levels of its conceptual and functional presence, is aimed at most.

All that is one of the chief reasons why — for example — since the rapid decline of Islamic culture and civilization, and the rise of Western imperialism and colonization, the subjects of pseudo or theosophical Sufism, metaphysical philosophy steeped in some questionable sources and traditions, and excessive scholastic theology (`ilm al-kalam), became most important and so, most popular among many Muslims and non-Muslims alike.

However, the same was not the case with those authentic sciences and themes of the Qur’an, Sunnah, and Shari’ah, which embrace plentiful implications for living and applying Islam as a total code of human existence.

While the former, when dealt with in accordance with a prescribed set of methods and objectives, renders Muslim thought and action impractical, desolate and insipid, the latter does exactly the opposite, due to which it is often regarded as inappropriate, yet risky.

Thus, for instance, dwelling on such legitimate and, at the same time, pivotal subjects as the creation of Islamic state, application of Shari’ah including its Penal Law, jihad, da`wah, Islamisation, Muslim Ummah, and universal brotherhood, is habitually deemed anomalous and aberrant.

As a result, the curricula in the Muslim world have been designed and re-designed accordingly for centuries. Their goal was the serial production of generations of “compliant”, “submissive”, “one-dimensional” and “myopic” Muslims as the obedient servants of the imposed visions and regimes.

However, the situation is not all doom and gloom. There is still much that can be done by everyone.

Optimism, yet excitement and contentment, coupled with creative thinking and constructive action, should be the raison d’etre. Being overly pessimistic and despondent is certainly not the way. It only plays into the hands of the perpetrators and sustainers of the status quo.

The following issues need to be considered.

All that is happening is only because Almighty Allah so wills. It is all part of His divine plan for His creation in general, and Muslims in particular.

No earthly, or otherworldly, power, or scheme, can thwart in the slightest His plans. He is the Creator, Lord, and Owner of creation. He does what He wants.

He is also just and does things only for just purposes and ends.

Nobody does anything, nor does any event take place on earth, without His infinite knowledge and permission. It is all part of divine providence.

In the end, the truth and the true servants of Allah will be victorious. That is an ontological law and principle as powerful and constant as everyday physical laws.

When it comes to dealing with others, there should be no room whatsoever within Muslims for the inferiority complex.

The proponents and followers of the truth need to be patient and do only that which is in their capacity, for Allah does not burden anyone beyond what he can bear.

They do not have to change anything. It is Allah who changes things, events and people’s overall conditions. Their job is only to convey the truth and live it honorably as much and as effectively as possible.

Why the things are the way they are, and why they are prolonged as such, Allah knows best. There must be in whatever befalls Muslims a profound wisdom and hidden blessings. Things are not to be judged superficially and in haste.

Allah loves His servants and does only that which is eventually best for them in both worlds.

Muslims ought to hold their heads high, and practice, as well as promote, their belief and value systems peacefully, confidently and wisely.

Everyone also needs to enjoy an appropriate level of activism and involvement. Neither of passiveness, escapism, indifference and deadening formalism is the answer. In their own ways, they are all suicidal.

The intentions, processes, and strategies, rather than results, should be the worry. The results are within the purview of Allah’s sovereignty alone.

The best way to convey the truth and invite people to it is to be its living example. That is so because the best antidote for falsehood and sin is the personification of the truth and goodness.

The two cannot coexist. The former is always bound to be extirpated by the latter.

The mere existence of the latter spells adversity for the former. And the stronger and more conspicuous the truth and goodness, the weaker and more indistinguishable falsehood and sin become.

Nonetheless, keeping the truth in the realms of words and abstract ideas is insufficient.

A person in the Hereafter will be held accountable only for what he did and tried to do, rather than for the general conditions of the world and people.

Even the holy prophets will not be held answerable for that. Everyone is responsible for his own choices and spiritual destiny.

It is a heavenly injunction that a person should worry most and take care of his very self and his family members first. As for the rest, the matter is proportional to a person’s abilities and the scope of his relationships and interactions.

But one thing is certain.

Everyone must be conscious and knowledgeable enough so that evil and falsehood and their agents are identifiable, loathed and worked against as much as feasible.

Almighty Allah reveals: “Indeed, Allah will not change the condition of a people until they change what is in themselves” (Al-Ra`d, 11).

And, “That is because Allah would not change a favor which He had bestowed upon a people until they change what is within themselves. And indeed, Allah is Hearing and Knowing” (Al-Anfal, 53).

This world is all about trials, challenges, and obstacles. It was never meant to be an end in itself and to be enjoyed for its own sake.

Perceiving the world in such a manner is a serious mistake and runs against the core of the Islamic monotheistic worldview.

This world is a place where Jannah (Paradise) in the Hereafter is to be procured. Expecting the world to become a jannah is a grave misguidance. The world is only the first part of the journey.

The more difficult the trials and challenges, the more blessings and rewards await the faithful. All types of problems are blessings in disguise.

Victory is a test, and so is defeat. A person should pass both of them. What matters most is what they do to a person and how he reacts to them. Neither is intrinsically good or bad nor preferred or abhorred.

Islam propagates pragmatism, realism, and commitment, and shuns utopianism, naivety, and fatalism. It propagates quality and substance, rather than quantity and pharisaism.

As Allah’s vicegerent on earth, man has been created as an honorable being. His existence is an embodiment of purpose, meaning, and beauty.

Thus, the gist of his vicegerency mission is to live and die with dignity, regardless of the terrestrial consequences and conditions. With dignity, he will then be resurrected on the Day of Judgment and will face his Creator.

Losing, or compromising, dignity at any point in his life journey is the biggest existential crime a person can commit.

Dying with dignity is better than living without it. A life without dignity is a truly meaningless, wretched and inhuman experience.

To Muslims, therefore, life is not to be perceived exclusively in terms of winning or losing, but in terms of espousing the spiritual purpose and identity, and maintaining the human honor and dignity notwithstanding the circumstances. In each situation, however, different systems and modi operandi are to be evolved and applied.

And lastly, we must distinguish between Islam and Muslims. It is Muslims who will always be tested and will go through the ups and downs of life, influencing them and being influenced by them. Islam is and will perennially be fine. Its purity, holiness, and flawlessness are beyond the reach of human deficiencies and collisions.

Almighty Allah declares: “They want to extinguish the light of Allah with their mouths, but Allah will perfect His light, although the disbelievers dislike it. It is He who sent His Messenger with guidance and the religion of truth to manifest it over all religion, although those who associate others with Allah dislike it” (Al-Saff, 8-9).