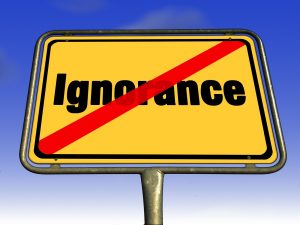 As well as wealth, status and good looks, too, earn admiration in a society blighted by ignorance.

Wealthy people are held in high esteem by the ignorant. The more money a person has, the more respected he becomes.

Moral values, honesty, reliability, and modesty do not earn honor in the ignorant society. These are actually not the virtues ignorance attaches importance to. Money, being the sole basis of all relations and values, introduces a completely different set of moral values and standpoint to the ignorant society; in this system, everyone and everything has a price and there is nothing you cannot attain as long as you pay the due price.

Due to this so-called superiority, people in a state of ignorance feel an inconceivable admiration for the elite of the society. No matter how morally corrupted, their lifestyle is appreciated, moreover imitated. According to this philosophy, a person, albeit a totally morally corrupted, might easily occupy a high and respectable status in society.

As well as wealth, status and good looks, too, earn admiration in a society blighted by ignorance. Often, the ignorant deem a person to be superior due to his good looks or his prestigious position in business, without having the slightest idea about his character. This is actually the system an ignorant society rests upon. Early in childhood, all members of such a society learn these values and start to live according to them. Everyone knows of which social class they are a member, and what benefits and advantages accrue from belonging to this particular class. Wealth has an obvious advantage over poverty, for instance, like the advantage which well-educated people have over illiterate and well-known people over ordinary citizens. This is the major source of a ridiculous envy of and a sense of inferiority felt towards these people who appear to be better placed in life than others. Such feelings inevitably push people into meaningless competition. They devote all their energy, thinking faculties and time to engaging in this struggle for status. Such a competition inevitably makes individuals forget about the purpose of their existence.

As a consequence of social indoctrination, the ones deemed to be superior, assume the right to exercise oppressive control over others. The unwritten hierarchy prevailing in society makes it possible for a landlord to trouble his tenant, for instance. Similarly, the tenant feels he has the right to trouble his doorkeeper. The doorkeeper exercises authority at home, over his wife, and in like manner the wife of the doorkeeper over her children. In their own world, there is a hierarchy of superiority. In this hierarchy, everybody knows his individual rights and limits of his authority.

Surely, this is inherently a flawed system of social conduct. People in this state of ignorance establish a system and then face difficulty in complying with the rules of the system they have themselves created. This is the direct outcome of a crude understanding. However, rather than eradicating this fundamental mistake, ignorant people struggle to find ways of being successful in this relentless competition.

Contrary to the ignorant society’s criteria laid down for superiority in other words property, power and status of the real superiority calls for faith in Allah and fear of Allah. The color of one’s skin, good looks or prosperity have no importance in the presence of Allah. One day, everyone, be he poor or wealthy, beautiful or ugly, will be wrapped in a simple shroud and placed in a pit which will reduce his body into insignificance.

The Qur’an sets the real criteria for man:

“O mankind! We created you from a single (pair) of a male and a female and made you into nations and tribes so that you might know each other. Indeed, the most honored of you in the sight of Allah is (he who is) the most righteous of you.” (Al-Hujraat: 13)

Living in a community of people, who have an inner grasp of this Qur’anic understanding, is no doubt a great source of comfort. An environment where the concepts of love and respect are isolated from material values and replaced by virtues like honesty, moral awareness, etc., naturally puts an end to this relentless competition. Such competition should be replaced by striving in the way of Allah. Allah states the superiority of those who strive in the way of Allah:

“These vie with each other for salvation and shall be the first to attain it.” (Al-Mu’minun: 61)

“And everyone has a direction to which he should turn, therefore hasten to (do) good works; wherever you are, Allah will bring you all together; surely Allah has power over all things.” (Al-Baqarah: 148)

“They believe in Allah and the Last Day, and enjoin right conduct and forbid indecency, and vie with one another in good works. These are of the righteous.” (Aal-‘Imran: 114)