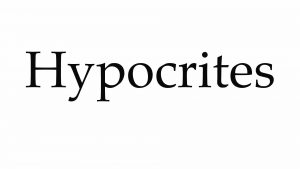 They make an effort to reduce such treachery to insignificance.

In Surat Al-Baqarah, verses 191 and 217, Allah states fitnah to be “worse than slaughter”. To have a better understanding of fitnah as an offense, it would be helpful to examine the case of “killing a man”, an offense described by the Qur’an.

“If a man kills a believer intentionally, his recompense is Hell, to abide therein (forever): And the wrath and the curse of Allah are upon him, and a dreadful penalty is prepared for him.” (Al-Nisa’, 93)

Actually, here, fitnah has a meaning other than “trial”. It is used for all acts and deeds leading man astray.

The Qur’an especially refers to hypocrites as the ones who “cause fitnah”. Allah informs us that hypocrites practice many forms of fitnah; they basically try to prevent believers from involving themselves in war, hatch plans against the Messenger and believers, and try to make them lose their sense of commitment.

Hypocrites misinterpret the verses, or rather distort the interpretation of verses and only comply with them, if they are of benefit to them. Believers, on the other hand, assume a totally different attitude; they demonstrate complete submission whatever the circumstances may be.

“He it is Who has sent down the Book to you: In it are verses basic or fundamental (of established meaning); they are the foundation of the Book: others are allegorical. But those who have perversity in their hearts follow the part of it that is allegorical, seeking discord, and searching for its hidden meanings, but no one knows its hidden meanings except Allah. And those who are firmly grounded in knowledge say: “We believe in the Book; the whole of it is from our Lord.” And none will grasp the message except men of understanding.” (Aal `Imran, 7)

The basic characteristic of hypocrites is their indulgence in fitnah. The Arabic version of the word “hypocrite” is “munafiq”, which means “the one who makes a division.” Dividing believers is a fitnah as well as a great sin. There are verses in the Qur’an stating that hypocrites try to practice fitnah among believers:

“If they had come out with you, they would not have added to your (strength) but only (made for) disorder, hurrying to and fro in your midst and sowing sedition among you, and there would have been some among you who would have listened to them. But Allah knows well those who do wrong.” (Al-Tawbah, 47)

“And if an entry had been effected to them from the sides of the (city), and they had been incited to sedition, they would certainly have brought it to pass, but with a brief delay!” (Al-Ahzab, 14)

“Indeed they had plotted sedition before, and upset matters for you, until the truth arrived, and the decree of Allah became manifest, much to their disgust.” (Al-Tawbah, 47-48)

Should their plans be disclosed to believers, hypocrites plotting against the Messenger and believers try to convince believers of their innocence. They make an effort to reduce such treachery to insignificance. They surely go in great fear of believers and punishment, and thus conduct themselves as if they have never committed an offence. Moreover, they ask believers not to treat them like other hypocrites and demand the continuance of their relations.

“Among them is (many) a man who says: “Grant me exemption and do not expose me to temptation. Have they not succumbed to temptation already?” And indeed hell surrounds the unbelievers on all sides.” (Al-Tawbah, 49)

The verse asserts that hypocrites are liars and are involved in fitnah, just like others. Allah warns believers not to be deceived by their fraud.

Unbelievers and hypocrites will suffer the most grievous penalty in the hell in return to the fitnah they have caused:

“Taste this your trial, the punishment which you have sought to hasten!” (Al-Dhariyat, 14)