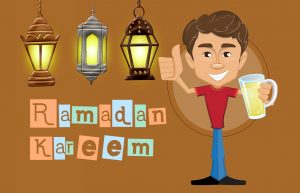 Sawm or Fasting in the Islamic tradition requires dawn until dusk abstention from food, drink and intimacy. It is, however far more than mere refraining from these necessities of daily living.

Fasting in Islam is a mode of enhancing self-discipline, an opportunity for regulating attitude and conduct; for developing a better self that focuses on the larger purpose of existence. The month of Ramadan is thus an opportunity for spiritual rejuvenation and increased philanthropy; a means of attaining taqwa (piety), which the Qur’an considers the pinnacle of human development.

While fasting, we are far more aware of the hunger of the poor and the suffering of the oppressed and are therefore instructed to be more generous in this month. As a matter of fact, the feast of Eid-ul-Fitr, marking the end of the fast of Ramadan, cannot be celebrated unless those affording ones have disbursed the sadaqa-tul-fitr (natural charity or sincere bounteousness) to the impoverished. This promotes attentiveness to social responsibility, interest in the welfare of society and inspires a continued spirit of generosity.

Whatever one can do to enhance the situation of others is considered charity or an act of generosity. Prophet said; “There is charity due on every part of the body every day.” He went on to say: ” to bring justice between people is charity, to help a person with transport and helping with baggage is charity, a kind word is charity, every step towards prayer is charity, removing harmful things from the way is charity …. giving water to the thirsty is charity. A person’s true wealth lies in the good they accrue for the Hereafter through good deeds in this world. When a person dies people ask ‘what has he left behind?’ while angels ask ‘what has he sent forth?’ ”

Honestly answering the question; “What am I doing for others?” is in a way a good measure of our spirit of generosity.

Charity enhances the giver rather than devaluing his worth; as Prophet Muhammad said; “Charity does not decrease wealth”. Real generosity is not dependent so much on income as it is on the capacity of the heart. There are many who have the means to give, but not the heart to give. And there are many, who, the more they have the less they give. Thus, when giving of material wealth, ensure that you do not give merely from the top of your wallet, but rather give from the bottom of your heart.

Life should not really be about how much wealth we accrue, but rather how many people we serve; because the greater our giving, the greater our living Prophet Muhammad said: “Surely, Allah created humanity to be of benefit to creation.”

Remember, we are here to enrich the world. We become enriched by enriching the lives of others and if we ever forget that, we impoverish ourselves.

Ramadan Mubarak – A blessed Ramadan to all. 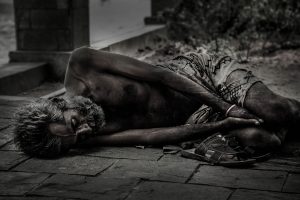 If Zakah is one of the pillars of Islam, it stands to reason that this pillar must stand on a firm foundation. That firm foundation is comprised of each Muslim’s unshakable conviction, 100% commitment, utter sincerity, and complete dedication to the belief that the natural resources of the planet must be made available to all creatures and human beings for their sustenance, nourishment, and growth. The Qur’an says:

“There is no moving creature on earth but its sustenance dependeth on Allah: He knoweth the time and place of its definite abode and its temporary deposit: All is in a clear Record.” (Hud 11:6)

It was the Prophet’s (PBUH) unshakable conviction, his utter commitment, and total obedience to this system of Zakah that led to the establishment of the basic infrastructure of a universal, welfare-based economic system in Medina, and which reached its pinnacle during Khalifa ‘Umar’s (R) time when, it is said, hardly anyone was in need of charity.

If we follow in the footsteps of the Prophet (PBUH) and his companions there will be no doubt or skepticism about the universal goal of Zakah:

This is why the economic system of Zakah, grounded in the Qur’an, is unique, relying on the desire of individuals to uplift themselves morally and spiritually, not materially.

Initially, Allah asks us for Sadaqaa (charity – voluntary giving), which is used to gradually change a wrong, unbalanced economic system (based on greed) to a balanced one that guarantees equal economic opportunities and protection to all. The rich are asked to give their surplus wealth back for the benefit of the poor and suffering—the ones who really worked hard for creating that wealth in the first place.

The charity is an emergency measure whereas Zakah is a permanent feature of Islam. Also, by making charity a short-term solution, the Qur’an recognizes that long-term or indefinite dependence of individuals and nations upon others invariably leads to degradation of the human self, to loss of human dignity, and to lack of human freedom and thought – all of which constitute human growth and development.

What is the incentive that will drive people to give their surplus wealth willingly? What benefit will the individual derive who gives his/her surplus wealth?

Without satisfactory answers to the above questions, people will not be motivated to part with their surplus wealth. No one wants to part with his/her hard earned money without receiving some benefits in return. The Qur’an says:

“He sends down water from the skies, and the channels flow, each according to its measure: But the torrent bears away the foam that mounts up to the surface. Even so, from that (ore) which they heat in the fire, to make ornaments or utensils therewith, there is a scum likewise. Thus doth God (by parables) show forth Truth and Vanity. For the scum disappears like froth cast out; while that which is for the good of mankind remains on the earth. Thus doth God set forth parables.” (Ar-Ra`d 13:17)

The above verse reveals clearly and beautifully the answer to our questions: only that system will stay forever which is beneficial to all of humanity.

Individuals tend to work for their own benefit. This is the driving force which motivates people to work. But according to the Qur’an:

That system in which everyone works for one’s own individual benefit does not have the ability to stay—no matter how much tinkering or patch-up job is done to save it. On the contrary,

The system in which everyone works for the benefit of entire humankind will stay forever. It stays on the basis of its own intrinsic strength and power.

In the second system, individual benefits are not ignored. They just do not occur immediately or directly. Rather, they occur indirectly – and in the long run, while, in the first system, everyone gets his/her individual benefit right away. The Qur’an calls this short-term gain or Mataa‘uddunya, while the long-term gain that comes to a person who has shared and circulated his/her worldly benefits with humankind, is called the future benefit or Aakhira. This is also referred to as the life of the future or Ha-yaatul Aakhira which includes the life after death as well (Al-A`la 87:16-17). The human body in this world, which is a vehicle for the “self,” or “soul,” is left behind while the soul journeys on to another dimension just as the mother’s womb is a vehicle for the fetus which eventually separates and journeys on independently.

It is this sense of a larger future (or future life) that binds a human being with the rest of humanity just as individual members of a family work together for the future success of all the family members. Working for the benefit of humanity’s future leads, in turn, to the development and growth of the “self,” an essential requirement for each individual’s future journey. For this to occur Allah-given resources must flow freely and nourish every human being on earth. Interrupting this flow from reaching some parts of humanity is like interrupting the blood flow from reaching some part of the human body. Then not only that part suffers but also it leads to death and destruction of the whole body.

The Qur’an teaches us to work for the good of this life, as well as the hereafter (Al-Baqarah 2:201, 7:156), in contrast to the mindset of those who consider economic prosperity in this life to be an end in itself. According to the Qur’an, such people live at the animal level:

“Verily Allah will admit those who believe and do righteous deeds, to Gardens beneath which rivers flow; while those who reject Allah will enjoy (this world) and eat as cattle eat; and the Fire will be their abode.” (Muhammad 47:12)

Right now humanity is suffering because Muslims have stopped practicing the true system of Zakah as implemented by our Prophet (PBUH) and his companions (R). And there will be no way out unless Muslims truly start following this Sunnah of the Prophet (PBUH).