The Satan was and is still the most dangerous enemy of Mankind. Allah the Lord, the King and the Ilah (God) of Mankind warns every human being, male or female, young or old, against the danger and wickedness of the Satan.

Allah is so merciful to Mankind that He allotted a whole chapter of the Qur’an, and lots of verses as well as a number of dialogues with Iblis (Satan) to disclose its danger to believers so that they may beware its deception and misleading steps: 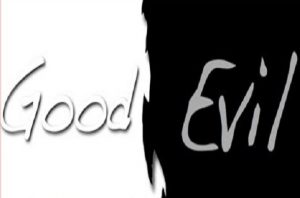 Man is Allah’s Vicegerent on earth. He is given the free will to do whatever he wills whether it is good or evil.

The God of Mankind, From the evil of the retreating whisperer,

Dialogue between Allah and Iblis

This dialogue shows the extent of Man’s value and honour to Allah (Exalted be He) who is the Most Merciful to Man. It also reflects the nature of conflict between Iblis (the cursed) and Adam’s posterity and that the battle with the Satan is hard and continuous. Furthermore, this dialogue sheds light on the consequence of arrogance in the Hereafter.

Baz (2007) mentions that three models of Allah’s creatures are well portrayed in this dialogue: “the angel as a model of complete submission and extreme obedience to Allah, the Satan as a model of absolute disobedience as well as the doubled nature of Man.”

Allah created Adam, human beings’ father, from clay, then He imaged him as a human being; then He commanded the angels to prostrate for Adam because of his knowledge.

So, the angels, as elucidated by (Al-Qarny: 2007: 188), “prostrated to Adam in obedience to Allah and honour to Adam but not a prostration of worship . However, Iblis refused to prostrate to Adam as he bears arrogance in itself; consequently, it was dismissed out of the Mercy of Allah. Hence, the Satan threatened to take revenge from Adam and his posterity. That is why Allah warns believers against the Satan and commands them to take it an enemy:

Verily Satan is an enemy to you: so treat him as an enemy. He only invites his adherents, that they may become Companions of the Blazing Fire. (Fatir 53:6)

Righteous Young Muslims should be aware, careful and alert lest the Satan seduce them as it hates chaste and good mannered YMs; therefore it does its best to wrong and mislead them so as to commit shameful acts.

O ye Children of Adam! Let not Satan seduce you, in the same manner as He got your parents out of the Garden. (Al-A’raf 7:27)

However, Al-Saboni (2002:364) classifies human beings in regard to Satan into three categories:” The first category  is protected and secured by Allah; so the Satan cannot mislead nor seduce them, they are the Messengers and Prophets (peace be upon them).

The second category is that “the satans roam round ; they are the common believers; when they fall in a sin or disobedience , they repent and return to Allah; so Allah wipes away their sins.” And the third category is “in the hands of satans like a ball in the hands of boys. They are the disbelievers and boastful people”.

Allah said to Iblis (the cursed) why it did not prostrate to Adam; though it is Allah who ordered it and Allah’s order is obligatory. Then Iblis (the dismissed and the cursed) said that it was better than Adam; as Allah created it from fire while He created Adam from clay. Actually this is a false analogy; because mud is the source of plants and fruits that provide Man with food and other benefits; while fire is a means of destruction and torture.

(Allah) said: “What prevented thee from prostrating when I commanded thee?” He said: “I am better than he: Thou didst create me from fire, and him from clay”. (Al-A`raf 7:12)

So, Allah ordered Iblis (the cursed) to go down out of paradise humiliated; as he has no right to be arrogant in His honor’s surrounding and at the same time for he refused His obedience.

Then Iblis asked Allah to give it respite till the Resurrection Day.

Allah suspended the Satan so as to make the tradition of trial take place and the conflict between good and right on one hand and between evil and falsehood on the other hand to occur.

Al-Jaza’iri (1997 Vol. II : 166) says “Since Allah misguided Iblis; it would sit for Adam and his posterity in Allah’s straight path, which is Islam, as it is the path that leads the person who follows it to the pleasure of Allah“.

Then Iblis swore that it  would sit for Adam’s posterity in their four directions , into their wishes, passions, anger, and to prevent the majority from being grateful to their Lord and to make them disbelievers and ungrateful to Allah.

Then will I assault them from before them and behind them, from their right and their left: Nor wilt thou find, in most of them, gratitude (for thy mercies). (Al-A`raf 7:17)

So, Allah commanded Iblis to go out of the  Garden dismissed, humiliated and scorned and swore that who obeys Iblis (the cursed) and disobeys Allah would be deprived of His pleasure, burnt, and humiliated in His fire.

Allah drives Iblis and his followers away from the Garden.

Unlike the angels whose job is only to obey their Lord, worship Him, and glorify Him, man is authorized to be Allah’s caliph (Vicegerent) on the earth. He is given the free will; so that he can do whatever he  wills whether it is good or evil. That is why the Satan threatens to mislead Adam and his Posterity so as to persuade them to disobey Allah and to be its followers.

That is why, Allah, the Beneficent and the Merciful, sent His Messengers to Mankind and revealed His Books to guide them to the right path that leads to Paradise and to warn them against the steps of the Satan that lead to Hell.

– Iblis was and is still the envious enemy of Man; as Allah honored Adam and commanded the Angels and Iblis to prostrate to him.

– The Satan announced its enmity to Adam and his posterity and promised to mislead them with all means and ways.

– Muslims should take the Satan a clear enemy so that they may not be exposed to its deception and seduction which eventually lead to Hell Fire.

– The Satan’s weapon by which it misleads man is mere whispering and ornamentation.

– Disobedience of Allah leads to Allah’s wrath, hence to dismissing the disobedient creatures (Man or Jinn) from his Mercy and Gardens.

The enmity of  Iblis (the cursed)  to Adam and his posterity, the danger of envy and arrogance on one’s psychological health,  the danger of Iblis and its posterity on Man, immunity from Satan can be through Allah’s remembrance and being grateful to Him, the falsehood of the Satan’s wrong analogy between fire and mud, Allah’s disobedience pleases the Satan, Allah’s disobedience causes punishment in this world and in the other world, and warning young Muslims against Satan’s whispering is a psychological therapy.

Dr. Ahmad Muhammad Al khalidi is Researcher and translator, E L teacher and lecturer, an old member in the presentation to Islam committee.