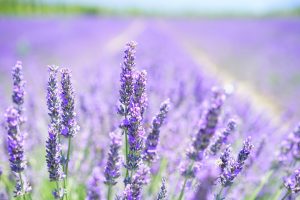 Islam is not a culture. Whether we like it or not, the essence of Islam is religious. The central principle of tawhid, which we have often referred to, the foundations of faith and practice, the general guidance we find in the scriptural sources, leave no room for doubt about the reality of this. To speak of Islam is, first of all, to speak of faith, spirituality, and ethics, which together make up a conception of humankind and of life. This is what it is first and foremost, but that is not all it is.

Being aware of the existence of different methodologies in worship and social affairs, which we have spoken of in part I, makes it possible for us better to understand the Islamic universe in its relation to culture. Around the body of principles that define the fundamentals of allegiance to Islam, the area of social affairs is a field that is open to the cultures, customs, discoveries, and creativity of humankind as long as they do not violate a prohibition that is specific and explicit and recognized as such.

The “way of faithfulness” integrates all the knowledge, arts, and skills for people’s wellbeing that humankind has been able to produce. This principle of integration, as we have defined it, has made it possible for Muslims to live in very varied cultural environments and to feel at home. This principle provided the particular quality that makes it possible to distinguish between Islamic “religion” and Islamic “civilization”: Islam stands as a civilization as a result of this singular ability to express its universal and fundamental principles across the spread of history and geography while integrating the diversity and taking on the customs, tastes, and styles that belong to the various cultural contexts.

So, if one does not perceive, from within, the expressions and the various logics of the Islamic terms of reference, one can scarcely understand this curious mixture of unity and diversity. Faced by this difficulty, one may end either by emphasizing the unity and referring to “Islam” without knowing exactly what is meant—religion, culture, or civilization; or one may use the plural “Islams” and, thinking to clarify the subject by using socioecological categories (usually borrowed from other religious traditions) or minutely defined terminology, drown the analysis in a sea of references whose coherence is hard to grasp.

Nevertheless, this is an important issue for Muslims living in the West, who need clear responses to their questions about their identity, culture, and civilization. What sense can be given to the shade of meaning between “Muslims in the West” and “Western Muslims”? Are they simply two ways of saying the same thing, or are they, more fundamentally, two very distinct realities?

What Is the Culture of Western Muslims?

Once again the analysis in part I will help us build our thinking about the central question of culture. To refer to Islam as such is, therefore, to refer first of all to a body of principles upon which are founded faith, spirituality, practice, and ethics. This core will necessarily be clothed in the forms of the various cultures in whose midst Muslims live. The Muslim women and men who emigrated from, for example, Pakistan, Algeria, Morocco, Turkey, or Guyana brought with them not only the memory of the universal principles of Islam but also, quite naturally, the way of life they followed in those countries.

Moreover, to remain faithful to Islam meant, in the minds of first-generation immigrants, to perpetuate the customs of their countries of origin. They tried, without really being aware of it, to continue to be Pakistani Muslims in Britain or the United States, Moroccan or Algerian Muslims in France, Turkish Muslims in Germany, and so on. It is with the emergence of the second and third generations that problems appeared and the questions arose: parents who saw their children losing, or no longer recognize themselves as part of, their Pakistani, Arab, or Turkish culture seemed to think that they were losing their religious identity at the same time.

However, this was far from being the case: many young Muslims, by studying their religion, claimed total allegiance to Islam while distancing themselves from their cultures of origin.1At the same time, more and more converts to Islam, who find themselves having to choose between “becoming” Pakistani or “becoming” Arab rather than being Muslim, have slowly begun to be aware of this mistake: so there is a clear difference between Islam and the cultures of origin!

This awareness and the birth of a new understanding of Islam marks the period of transition we are experiencing today, and it is inevitably difficult, even impossible, for parents of the first generation to cope with. For the younger generations, as for converts, it is a sign of hope, the way of salvation that has the potential to lead them to reconcile their Islamic principles with life in the West.

We have drawn attention in part I to the fact that a new environment may lead to a rereading of the sources with the aim of recovering a forgotten principle or discovering a horizon as yet unknown. This is what has happened with the presence of Muslims in the West. What we have tried to do in part I is a rereading and the formation of a body of reference drawn from the scriptural sources in light of Western realities. Indeed, what the latter have forced us to do is first of all to reevaluate our environment and the way we refer to it, but, more than that, also to define our Islamic identity by distinguishing it from the culture in which it is clothed in particular parts of the world. Thus, the elements that define our identity, perceived in the light of the Islamic principle of integration, appear to be very open and in constant interaction with society.

Sustained by their faith and on the basis of their understanding of the texts, Muslims must develop an understanding of the Western context that will make it possible for them to do what all Muslims have done throughout history: to integrate whatever there is in the culture where they live that does not contradict what they are and what they believe.

So, the universal and shared fundamentals of their Islamic identity will put on the trappings of a variety of cultures, which they should not fear or reject as long as they remain aware of the body of principles to which they must remain faithful. Their identity is determined by completely open, dynamic, interactive, and multiple factors. Depending on where they live, Muslims will be by culture French, Belgian, British, Spanish, or American, and, together with converts, whose role here will be crucial (because they have their roots in these cultures), they should settle on the spiritual and ethical modalities of a harmonious life through a real integration of the deep things of life.

More broadly, this process will give birth to what we have called a European and American Islamic culture—both respectful of the universal principles and sustained by the history, traditions, tastes, and styles of various Western countries. This exercise has already begun, but it remains complex and demands an awareness that fed by the principles, an ability to analyze, an open mind, and a critical sense, as well as creativity. The challenges are many and weighty.