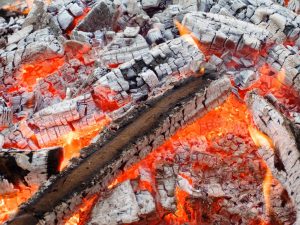 The Death of the People of Hell

Will anyone die in Hell?

Is there any authentic hadith to that effect or not?

If it is true, then what is the nature of this death, and to whom will it happen?

It was reported in Sahih Muslim that Abu Sa’id al-Khudri, may Allah be pleased with him, reported that the Messenger of Allah, peace and blessings of Allah be upon him, said,

“As for the people of Hell, they are its inhabitants, and they neither live therein nor die. But there are people who will enter Hell because of their sins – or mistakes – so Allah will cause them to die once, then when they become like coal, He will give permission for intercession (for them).

They will be brought group by group to the rivers of Paradise.

Then it will be said, ‘O people of Paradise! Pour water on them.’

Then they will grow like seeds (i.e., the seeds of herbs and aromatic plants, or it was said, small plants that grow in between grasses, or it may mean wheat).’”

The scholars said what is meant by the people of Hell are its unbelieving inhabitants, who will never come out of it and never die at all.

“As for those who disbelieve, for them is the fire of Hell; it does not destroy them so that they die, nor is its torment lightened for them. Thus We punish every disbeliever” [Fatir 35:36]