The foundations of the social system of Islam rest on the belief that all human beings are equal and constitute one single fraternity. 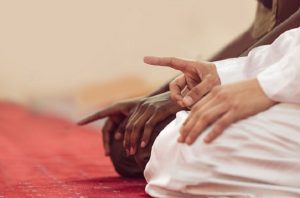 In Islam, if there is any real difference between man and man it cannot be one of race, color, or language, but of ideas, beliefs and principles.

God created a human couple to herald the beginning of the life of mankind on earth, and everybody living in the world today originates from this couple. The progeny of this couple were initially a single group with one religion and the same language.

But as their numbers gradually increased, they spread all over the earth and, as a natural result of their diversification and growth, were divided into various tribes and nationalities. They came to speak different languages; their modes of dress varied; and their ways of living also differed widely. Climates and environments affected their color and physical features.

All these differences exist in the world of reality and Islam does not seek to ignore them. But it disapproves of the prejudices which have arisen among mankind because of these differences in race, color, language and nationality.

Islam makes clear to all men that they have come from the same parents and are therefore brothers and equal as human beings.

Islam says that if there is any real difference between man and man it cannot be one of race, color, country or language, but of ideas, beliefs and principles.

Two children of the same mother, though they may be equal from the point of view of a common ancestry, will have to go their different ways in life if their beliefs and moral conduct differ.

On the contrary, two people, one in the East and the other in the West, even though geographically and outwardly separated by vast distances, will tread the same path in life if they share the same code of moral behaviour.

On the basis of this fundamental tenet, Islam seeks to build a principled and ideological society very different from the racial, nationalistic and parochial societies existing in the world today.

The basis of co-operative effort among men in such a society is not the place of one’s birth but a creed and a moral principle. Anyone, if he believes in God as his Master and Lord and accepts the guidance of the Prophets as the law of his life, can join this community, whether he is a resident of America or Africa, whether he belongs to the Semitic race or the Aryan, whether he is black or fair-skinned, whether he speaks a European language or Arabic.

Man’s merit will not depend on his family connections or riches, but only on whether he is better than others in moral conduct or excels others in piety and righteousness.

Such social order, transcending as it does geographical boundaries and the barriers of race, color and language, is appropriate for all parts of the world; on its foundations can be raised the universal brotherhood of man.

In societies based on race or nationality only those people can join who belong to a particular race or nation, but in Islam anyone who accepts its creed and moral standards can become a member, possessing equal rights with everyone else.

Those who do not accept this creed, while obviously not being received into the community, are treated with tolerance and humanity and guaranteed all the basic human rights.

It is clear that if two children of the same mother differ in their ideas, their ways of life will be different; but this does not mean that they cease to be brothers.

In the same way, if two nations or two groups of people living in the same country differ in their fundamental beliefs, principles and ideology, their societies will also certainly differ; yet they will continue to share the common ties of humanity.

Hence, the Islamic society offers to non-Muslim societies and group the maximum social and cultural rights that can possibly be accorded.

The article is excerpted from the author’s book “The Islamic Way of Life”.