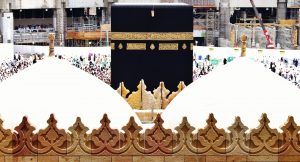 Merits of the Ten Days of the Dhul Hijjah

As we enter the first 10 days of this blessed month, our hearts and prayers are with those undertaking the holy pilgrimage of Hajj during these days. While many of us are unable to make the blessed journey this year, there are still many ways for us to reap the blessings of this month.

The first ten days of Dhul Hijjah are often referred to as the best ten days of the year. The Prophet (peace and blessings of Allah be upon him) said: “There are no days on which righteous deeds are more beloved to Allah than these ten days.” [Sahih Al-Bukhari]

Here are some tips so we can all make the most of these blessed days:

What to Do during the First Ten Days of Dhul Hijjah?

Reading the Qur’an is a good deed and Allah (swt) especially loves the good deeds done in these days. Read as much as you can, even if it is a few verses each day.

There are a number of extra prayers you can observe during the day to increase your worship and good deeds.

Our Prophet (peace and blessings of Allah be upon him) said: “There are no days that are greater before Allah or in which good deeds are more beloved to Him, than these ten days, so recite a great deal of tahleel,  takbeer and tahmeed during them.” [Musnad Ahmad]:

Tahmeed: Al-hamdu Lillah (All praises be to God)

Tahleel: Laa ilaha ill-Allah (There is no god but Allah)

Tasbeeh: Subhaan-Allah (Glory be to God)

Use these blessed days to seek forgiveness for all our wrongdoings.

It is Sunnah for the Muslim to fast on the first nine days of Dhul Hijjah because fasting is one of the best of deeds. In a hadith Qudsi, Allah says: “All the deeds of the son of Adam are for him, except fasting, which is for Me and I shall reward for it.” [Sahih Al-Bukhari, 1805]

The Prophet (peace and blessings of Allah be upon him) said: “Fasting the day of `Arafah expiates the sins of two years: the past one and the coming one.” [Sahih Muslim]

Give in charity in these blessed days, as much as you can.

Maintaining the ties of kinship is from the best of deeds due to the saying The Prophet (peace and blessings of Allah be upon him): “Whoever would like his provision to be increased and his lifespan to be extended, let him maintain the ties of kinship.” [Sahih Al-Bukhari]

And finally, as Eid approaches, don’t forget to give your Qurbani (Udhiyah or Animal Sacrifice).

According to `Abdullah Ibn `Abbas and many others among the Salaf and the later generations, what is meant by the ten nights mentioned at the beginning of Surat Al-Fajr is the first ten days of Dhul Hijjah. The Qur’an says, “By the dawn.  And [by] ten nights” (Al-Fajr 89: 1-2)

It has been confirmed in Sahih Al-Bukhari from Ibn `Abbas that the Prophet said, “‘There are no days in which righteous deeds are more beloved to Allah than these days.” meaning the ten days of Dhul Hijjah. They said, ‘Not even fighting Jihad in the way of Allah’

He replied, ‘Not even Jihad in the way of Allah; except for a man who goes out (for Jihad) with his self and his wealth, and he does not return with any of that.‘” (Sahih Al-Bukhari)